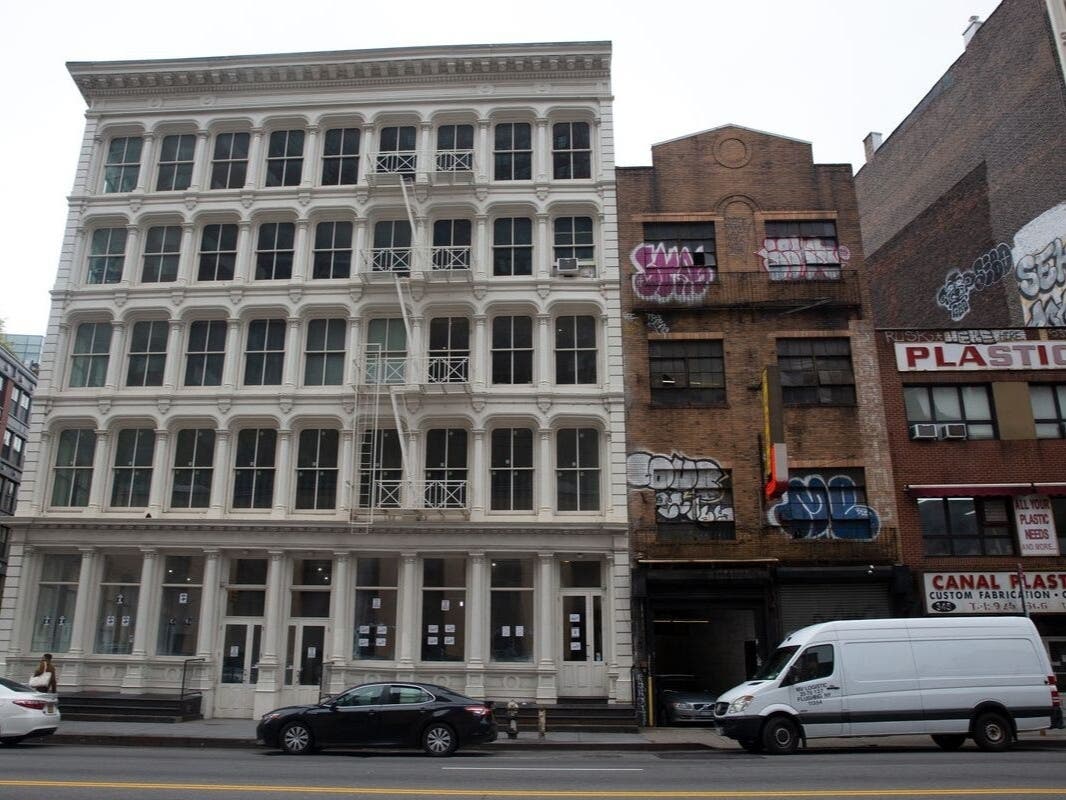 By Claudia Irizarry Aponte, THE CITY

After the city’s Department of Homeless Services announced it was abandoning two proposals for homeless shelters in Chinatown in as many weeks, supporters of another proposed site in nearby SoHo are concerned that that project could be nixed next.

Adding to their fears is that the shelter proposed at 10 Wooster Street shares similarities with a now-defunct homeless shelter that was planned for Morris Park in The Bronx. The DHS abruptly canceled that project in March.

Like that Bronx building, 10 Wooster Street is owned by a company associated with real estate investor David Levitan — whose building conditions and business practices have attracted scrutiny — and is to be operated by Westhab, a nonprofit homeless shelter and affordable housing provider.

Manhattan’s Community District 2 — spanning tony neighborhoods like the West Village, SoHo and NoHo, as well as parts of Chinatown — does not have a single homeless shelter, which board member Susanna Aaron said was “embarrassing,” using an expletive.

“Community District 2 is one of the most affluent community districts in the city, and we currently have zero shelters,” Aaron, who chairs the board’s human services committee, said in an interview on Wednesday. “I think it is incumbent upon us to share in the city’s effort to care for our neediest.”

First Deputy Commissioner Molly Park reiterated the city’s commitment to the Wooster Street proposal at a committee hearing last Thursday, but representatives for Westhab admitted the project hit roadblocks in securing permits and might not open for at least another 18 months. The building, currently a parking garage, must be completely gut-renovated, and both Westhab COO Jim Coughlin and DHS Manhattan Borough director Leilani Irvin said they hope to begin a targeted community engagement process in the summer.

Absent any additional assurances from DHS about 10 Wooster, Aaron said she is “suspect of the fact that it seems like nothing has happened.”

The Grand Street site had faced fierce community opposition, and 36 members of the board passed a resolution on April 26 against the shelter. Seven community board members — including Aaron — supported the project.

Nonetheless, some CB2 members were surprised by the city’s abrupt reversal on Monday.

In fact, board members found out about the city’s decision in a tweet by WABC reporter CeFaan Kim on Monday morning.

Two days later, “I don’t believe CB2 has yet received notification from the [Department of Social Services] about the canceling of this plan,” Aaron said.

Julia Savel, a DHS spokesperson, said the agency was “moving ahead” with the planned shelter at 10 Wooster Street.

That 94-bed shelter was to be built on the site of a former Best Western hotel on the corner of Canal Street and Bowery, near where Christina Yuna Lee was stabbed to death in February – an incident that fueled local opposition to the shelters. A homeless man from the area has been charged with that murder.

A union dispute may have also played a role in the city’s decision to ax the plan.

The Hotel Trades Council says it has a contract with the building’s owner that requires its members to work there, while workers with Housing Works — the provider that was slated to operate the shelter — are represented by the Retail, Wholesale and Department Store Union, the New York Times reported.

“After reviewing planned shelter sites scheduled to open in Chinatown, we have decided to re-evaluate this shelter capacity to an area with fewer services and shelter for those experiencing unsheltered homelessness,” an agency spokesperson said in a statement on Monday. “Our goal is always to work with communities to understand their needs and equitably distribute shelters across all five boroughs to serve our most vulnerable New Yorkers.”

As for the White Plains Road men’s shelter in The Bronx, the DHS told the local community board in a March letter that it decided not to move forward with the deal after reviewing its siting goals, without elaborating. That plan also saw widespread community opposition and Levitan, the landlord, was the subject of a New York Times investigation last year detailing squalid conditions in his buildings.

The cancellation of the three shelters — two in Chinatown and one in The Bronx, totaling 283 beds — runs counter to Mayor Eric Adams’ commitment to open 1,400 shelter beds by mid-2023.

It is also a major departure from how Mayor Bill de Blasio’s administration and his homeless services department handled shelter sitings. Often, the agency adamantly moved forward with plans for 90 new shelter openings despite local opposition and lawsuits.

For instance, on West 58th Street, in the shadow of Billionaires’ Row, the de Blasio administration pushed to open a men’s shelter for four years as neighbors waged a well-funded legal battle. The facility quietly opened there in November.

Compared to the heated pushback against the Grand Street site — which included residents suggesting that the homeless people sleeping in the area’s subways were not members of the community that is more than 70% white — the response to the 10 Wooster Street proposal has been less severe , said Aaron and board chair Jeannine Kiely.

Comments and questions about the proposed shelter at a community board hearing last Thursday mostly expressed concern that the project would be a congregate shelter — dorm-style settings that sometimes put up to 10 people to a room — instead of a safe haven shelter, which provides smaller rooms and more robust mental health services.

A SoHo parking garage is slated to be converted into a homeless shelter, May 4, 2022/Ben Fractenberg/THE CITY

Board members and local residents also requested that the shelter’s entrance be moved to the opposite side of the building, on 349 Canal Street — a busier, well-lit thoroughfare — rather than the quiet cobblestone street on Wooster.

Though the neighborhood remains without a single homeless shelter, the board has welcomed projects in the past: In July 2020, CB2 passed a unanimous resolution in favor of a women’s homeless shelter on West 11th Street, one of the priciest blocks in the city.

Then-board chair Carter Booth wrote then-DHS commissioner Steve Banks in a letter July 29, 2020 that the board “strongly” supported the project, “recognizing that its district houses no shelters currently, welcomes the opportunity to share in the City’s efforts to provide assistance to women in need; and looks forward to opportunities for engaging with shelter residents and helping them form bonds within our community.”

But other local residents sued the city over that project last year.

The shelter is not yet open.

THE CITY is an independent, nonprofit news organization dedicated to hard-hitting reporting that serves the people of New York.