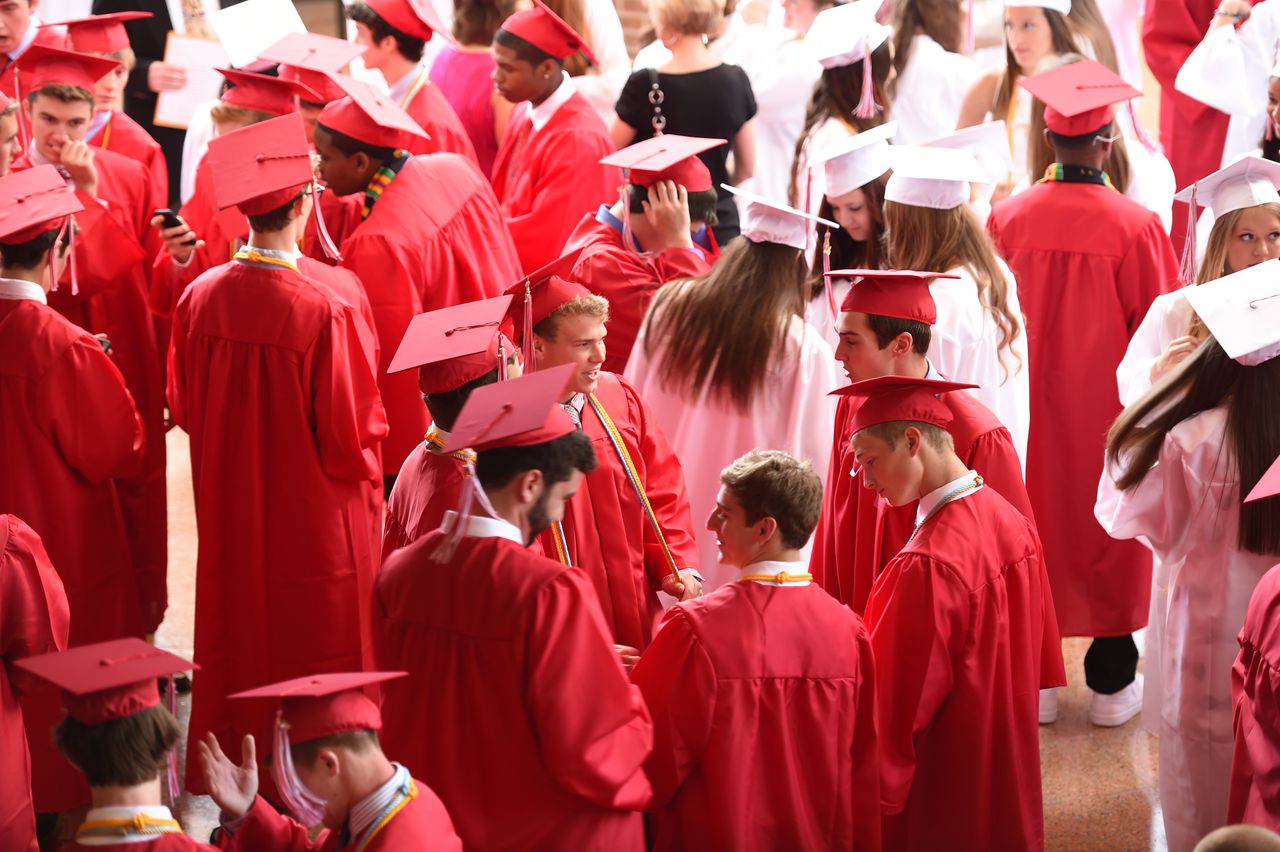 Adams could have hardly done otherwise. To deprive high schoolers of these celebratory events after their whole educational and social existences have been upended over the last two-plus years would have bordered on the cruel. Does Adams want that to be part of his legacy?

At the same time, there’s something just plain wrong with the fact that city officials could even hold this over the heads of students. How dare they?

It seems that Adams, as well as his Democratic colleagues in Albany, will allow us to fully return to our normal lives only when they say so.

They’d have us ignore what other cities, states and countries have done to successfully manage the virus. What New York’s ruling Dems have done is forced New Yorkers in an alternate reality created and ruled by their singular interpretation of the science. You know what they say about absolute power.

So we’re still stuck with unnecessary vaccine mandates that are constantly amplified by an endless stream of pro-vaccination television, billboard and print ads — including those targeting young children — whose ubiquity borders on the propagandist. It’s government indoctrination through media, all paid for by our tax dollars. It’s textbook Orwell.

And yet inconsistency still reigns supreme when it comes to New York City’s vaccination policy. Because even though unvaccinated graduates can attend their commencement ceremonies, their unvaccinated family members and friends will be barred if the graduation takes place in a public school building.

Talk about inconsistent. If unvaccinated kids can be there, sitting shoulder to shoulder, shaking hands and sharing embraces, why can’t their unvaccinated loved ones? What’s the difference? It’s not scientific in the least.

It’s as inconsistent as the exception that the city created in its vaccine mandate for workers in the five boroughs. High-dollar athletes and Broadway performers are exempt from the mandate while ordinary working-class New Yorkers remain bound by it and have continued to lose their jobs.

While infection numbers are up, hospitalizations and deaths have not risen along with them, as they did during earlier COVID waves. Many people have been vaccinated and/or have had COVID and recovered. There is a lot of protection out there. Draconian vaccine mandates are no longer necessary.

Unvaccinated people have been fired from their jobs and have been exiled from their workplaces. They’ve been turned into social pariahs, shunned as unclean.

And yet we still have escalating COVID positivity numbers. So what has New York City’s vaccine mandate accomplished in real terms? Not much.

Vaccines have not stopped the spread of the virus, as we were promised they would earlier in the pandemic. Excluding the unvaccinated from life has not turned the trick either.

If a person wants to roll the dice and refuses to be vaccinated, that’s their decision. And their risk. They are a greater threat to themselves than they are to a vaccinated person. They are the ones risking a bad outcome from COVID. They’re not making the environment any worse for the vaccinated and the boostered.

It all makes even less sense every time you hear that a vaccinated and boostered friend, family member or work colleague has tested positive for COVID. Why the hard dividing line between the vaccinated and the unvaccinated?

It’s time to put an end to it once and for all. It’s a great opportunity for Adams. If only he’d take it.