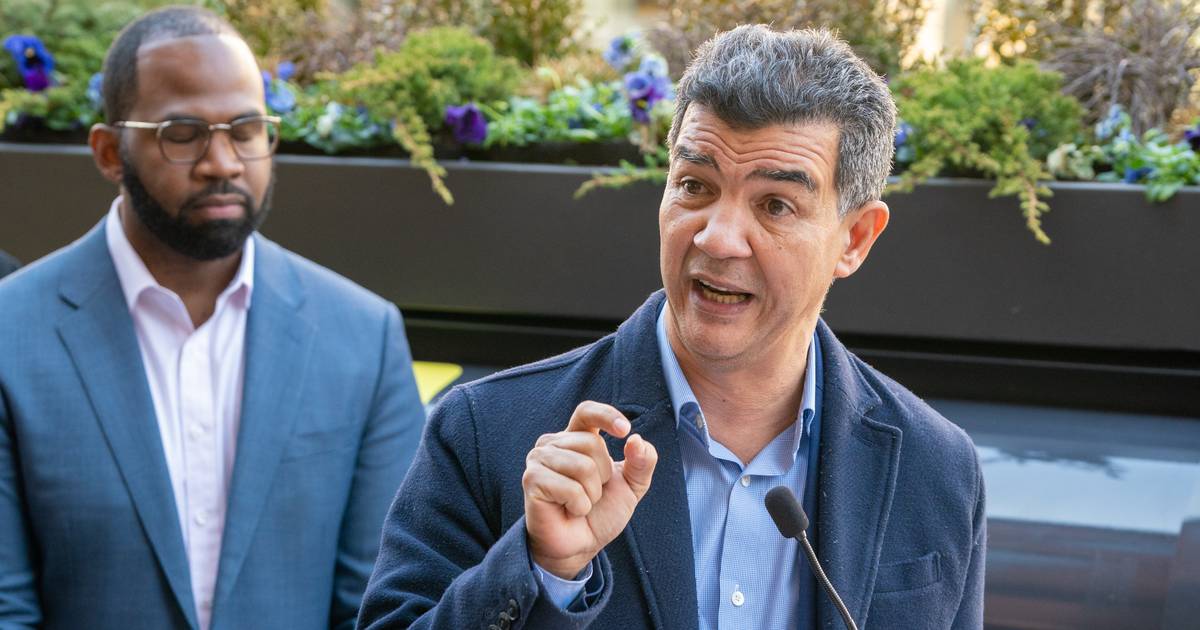 An off-the-rails trip to Albany last week by city Transportation Commissioner Ydanis Rodriguez put at risk the city’s push to run red light and speed cameras around the clock, according to DOT sources and lawmakers with knowledge of his meetings upstate.

Before the May 3 trip to the state capital, Rodriguez and DOT staffers had prepared to brief lawmakers on legislation to permit the city’s speed and red light cameras to issue tickets beyond the 6 am to 10 pm window currently authorized by state law.

But Rodriguez went off script, DOT sources said, by pressing for even more speed and red light cameras across the city — a proposal that was previously floated by Transportation Department staffers and shot down by lawmakers.

“They prepped for extending the current cameras, not brand new ones,” said a source, who described Rodriguez’s trip to Albany as a “total f— up.”

DOT staffers had already asked lawmakers for “home rule” for the city’s traffic camera program, which would allow the city to put as many eyes in the sky as they want without state approval.

Mayor Adams and Rodriguez have for months called for the provision, but legislators have made it clear they don’t buy into the idea. It’s no secret that home rule for cameras was off the table weeks before Rodriguez’s visit, said a City Council official who asked not to be named.

But, to the surprise of lawmakers and his staffers, Rodriguez during his trip pushed for home rule for the camera program anyway, sources said.

His words may have come too late in the legislative session for Assembly members and senators to move on the idea. As of Rodriguez’s May 3 visit, the legislature planned 13 more days of meetings before it wraps for the year on June 2.

If lawmakers do not approve legislation to renew the city’s camera program by then, they’ll have to go offline on July 1.

“Productive discussions are ongoing and we’re optimistic we’ll get the traffic safety tools we need through legislative amendments,” Barone said.

With home rule off the table, state lawmakers are confident they’ll be able to extend the program and allow the cameras to ticket reckless drivers 24/7 through a bill sponsored by Sen. Andrew Gounardes (D-Brooklyn).

Gounardes’ bill would also require the state Department of Motor Vehicles to notify insurers or temporarily suspend a car’s registration if it racks up too many speed camera tickets in a two-year period.

“While I’m still having conversations with colleagues about the city’s home rule request and about what that would look like, it’s important to recognize that with 10 days left in the legislative session, at the bare minimum, we cannot leave Albany without reauthorizing the speed cameras,” Gounardes said in an interview Wednesday.

Some City Council members were confused as to why Rodriguez pushed for the home rule measure so late in the legislative session, as getting the camera program renewed should at the moment be more of a lobbying priority than the program’s expansion.

“They wanted the ability to put a camera wherever they wanted,” said a Council member who asked not to be named. “When they finally did ask, instead of asking for an inch, they asked for a mile.”

Deputy Mayor for Operations Meera Joshi joined Rodriguez on another trip to Albany this week, aligned on their messaging to push for 24/7 camera enforcement, city officials said.

The mayor’s team has met with more than 80 Assembly and Senate members this year on home rule, and 34 since Rodriguez’s bungled May 3 visit, officials said.

DOT officials said they’re negotiating amendments to Gounardes’ bill that would further crack down on reckless drivers, including a provision to let the city install cameras to ticket cars in bike lanes.

The confusion also reflected dysfunction within the Adams’ administration’s efforts to push for legislation in Albany, sources said. Some DOT staffers wondered why Rodriguez hadn’t gone to Albany earlier in the session to push for home rule — and questioned how high a priority the measure was for Adams in the first place.