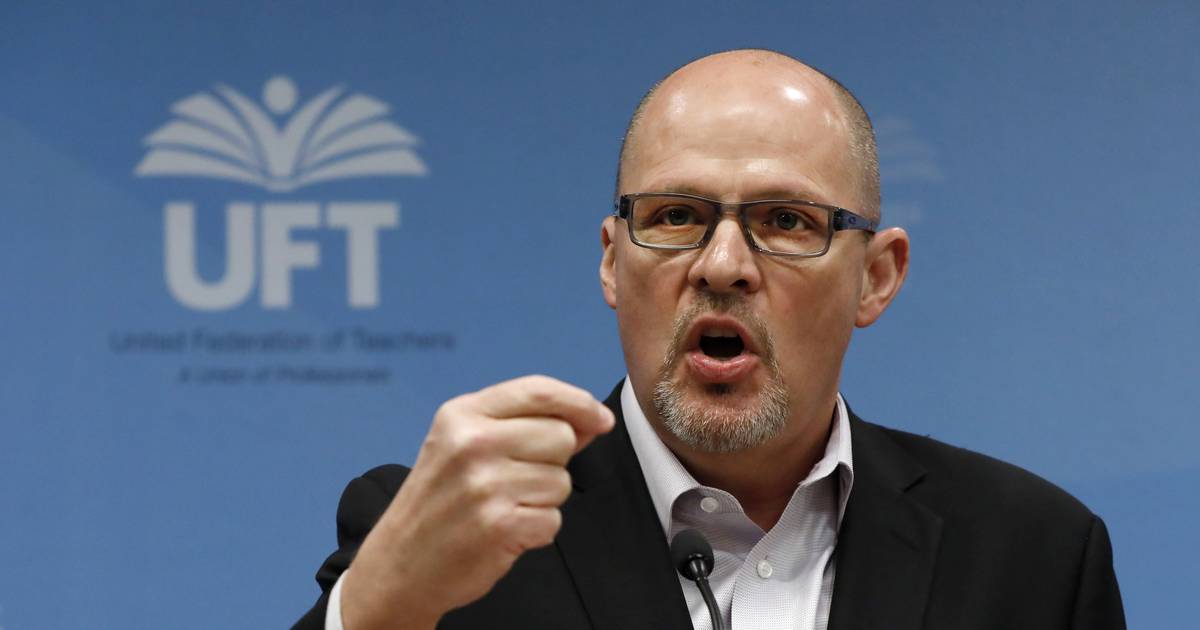 New York City teachers union president Michael Mulgrew and his colleagues won the union election Wednesday to maintain control of the United Federation of Teachers — but faced a stiffer-than-normal challenge fueled by frustration among retired members over how the leadership is handling their healthcare.

Mulgrew’s slate, called Unity caucus, has not lost an election since UFT’s inception in the 1960s and has produced prominent national labor leaders like Randi Weingarten.

Mulgrew, who has been UFT president since 2009 and has now won five consecutive elections, said, “I am honored that — after a couple of very difficult years for the schools and for our members — I have been re-elected. I look forward to working with the entire UFT to ensure that the school system functions well for everyone — employees, children and their families.”

Unity won roughly 66% of the vote, while the opposition, United for Change, captured 34% of ballots — far more than any challenger has won stretching back at least to 2004, according to election results compiled by Bronx teacher and United for Change candidate Jonathan Halabi.

In the last election, in 2019, Mulgrew and Unity won with 84% of the vote, according to Halabi’s figures.

The lower-than-usual margin of victory could signal ongoing challenges for Mulgrew and Unity.

United for Change — comprised of the left-leaning Movement of Rank and File Educators caucus, which has been sharply critical of Mulgrew’s handling of the Pandemic, along with a retiree group and several other factions — formed this year to challenge the incumbent union leadership.

”The coalition came together because we needed to send a message to Mulgrew, who is not making change happen,” said Annie Tan, a Brooklyn elementary school teacher who was the Secretary candidate for the United for Change slate.

“People were very much telling me Mulgrew and Unity had not really worked during the pandemic to get us what we needed as members,” Tan said.

Anger with Mulgrew has also grown among the union’s roughly 64,000 retired members, who turn out in large numbers for UFT elections and usually vote reliably for Unity caucus.

Many retirees are incensed the union boss supported a city cost-savings plan to shift health care for retired municipal workers from public Medicare to a privately-managed Medicare Advantage plan, arguing the move will diminish their medical coverage and drive up costs.

Retired educators turned out in record numbers this year, with about 27,500 casting ballots, compared to around 24,500 in 2019, Halabi said. But the share of those voting for Unity dropped from nearly 90% in 2019 to 71% this year, according to unofficial results shared by Halabi.

Marcia Biederman, a retired English teacher, said she voted in the past for Mulgrew’s slate, but switched her vote this year because of concerns about how he handled healthcare.

So questioned whether the union’s election system, which relies on mail-in ballots and does not allow electronic voting, presents an accurate picture of the membership’s opinions. Overall, only about 50,000 — or 26% — of the 193,000 active and retired members who received ballots in the mail submitted their choices, union officials said.

She said she’s “disappointed” with the overall results, but said she’s “really proud of our coalition for doing what we did.”