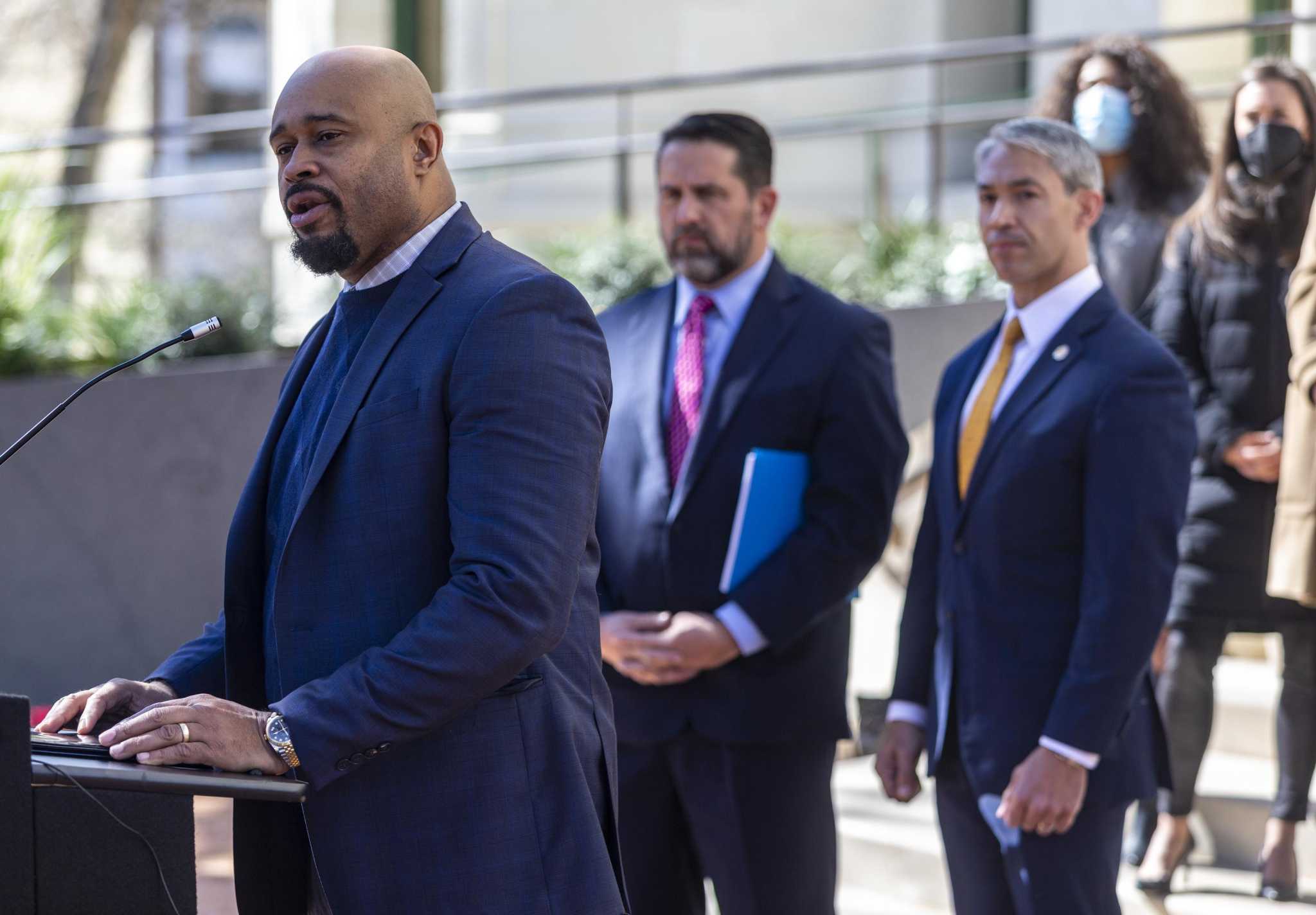 The city of San Antonio’s ambitious, $ 200 million Ready to Work job training initiative will open for enrollment Monday, offering lower-income residents a pathway to a college degree or training certificate.

The initiative – championed by Mayor Ron Nirenberg and overwhelmingly approved by voters in November 2020 – is a shot at addressing longstanding economic inequality in San Antonio, where 14 percent of residents live in poverty and the median worker earned less than $ 38,000 last year.

More than 800 people have pre-registered to enter training through the program, which is to run for four years and will be open for enrollment through the end of 2025.

On ExpressNews.com: ‘I have a career’: After bumpy roll-out, over 1,100 San Antonians working through Train for Jobs

Over those four years, city officials estimate 28,000 people will enroll in courses, and nearly 16,000 residents will graduate from training through Ready to Work and land a job paying at least $ 15 an hour.

“We know that one family who raises children in poverty, the exponential impact that has on successive generations. And if we can flip that cycle for one family, that will have a profound effect on a neighborhood, on a community, ”Nirenberg said this month. “We are doing something that people for a long time have been saying needs to be done.”

Ready to Work was originally to launch last September. But the start date was pushed to the start of this year, then into the spring. The job training initiative has faced some skepticism from residents and officials both because of delays and the fact its its precursor, Train for Jobs, fell short of goals.

Also next week, City Council will vote on a proposal to boost funding by $ 6.3 million for emergency services for participants. Each participant is eligible for up to $ 1,500 in emergency grant funding – up from $ 500 originally – to cover expenses such as housing, daycare, transportation or cell phone service.

So-called wraparound services, such as career counseling and case management, and the emergency assistance cash are designed to help participants overcome emergencies without dropping out of training.

The city contracted with four organizations to provide intake and case management services: Alamo Colleges, Workforce Solutions Alamo, Project QUEST and Restore Education. They will receive a total of $ 189 million to pay for participants’ tuition and provide case management services. They’ll work with numerous subcontractors, and more than 50 organizations will provide training for different in-demand occupations.

Another $ 2 million pays for Restore Education and Alamo Colleges to provide high school equivalency courses, and $ 2 million more on a marketing and outreach contract.

When it was pitched to voters in 2020, Ready to Work was expected to put 40,000 residents through training and into better-paying jobs using the $ 154 million in sales tax revenue then expected over the life of the program. The city increased funding after sales tax revenues came in higher than expected this year.

“Approximately 10,000 residents will receive workforce training or continue in their path for a two or four year degree each year of this program,” city staffers wrote in a preliminary plan for Ready to Work published in October 2020, before it went to voters.

At a council meeting last week to approve the added funding for Ready to Work, District 10 Councilman Clayton Perry voiced concern about how the program has developed and a pilot program’s performance.

“We’ve increased the cost and lowered the number of people we’re going to graduate and put into better-paying jobs,” he said. “The voters voted on this, but it’s not measuring up to what the voters were told in the beginning on this proposition.”

The precursor program to Ready to Work is called Train for Jobs, which was funded with $ 55 million made possible by the federal CARES Act. The city opened it for enrollment in September 2020 as a quick response to mass job losses wrought that year by the COVID-19 pandemic.

Nearly 3,000 people have completed training through Train for Jobs, and more than 1,600 residents have found new jobs through the program, according to city data released Thursday. Train for Jobs has been running for more than 18 months and 638 graduates have landed jobs since the start of this year. Employed graduates earn $ 15 an hour on average.

Just more than 5,400 people in all enrolled in Train for Jobs, which closed for new participants at the end of last year. Eleven percent of participants who entered training dropped out, new data show.

Train for Jobs had a glitchy rollout and the city marketed the program minimally. At the time, the city’s workforce office was a makeshift operation with three employees; the city since established a full-fledged department and Workforce Director Mike Ramsey has 10 staffers.

The city also hired a researcher at the University of Texas at San Antonio to track how Ready to Work is performing and make recommendations. Mike Villareal, head of the Urban Education Institute and a former representative in the Texas House, will lead the program evaluation.

His group plans to use unemployment insurance data from the Texas Workforce Commission to look at the earnings of graduates. Villareal will also look at “statistical twins” – people with similar educational and demographic traits but who do not go through training. That will allow the group to isolate the effect training has on wages.

Villareal’s goal is to help training providers pivot quickly if things aren’t going smoothly – like the city saw during the rollout of Train for Jobs.

Participants must be at least 18 years old, eligible to work in the United States and earn less than 250 percent of the federal poverty level, which is about $ 34,000 for an individual.

The program will pay tuition for some residents to pursue bachelor’s degrees, but Ready to Work will not fund a full four-year education. Participants must already have 60 college credits under their belt to seek a bachelor’s degree through the program.