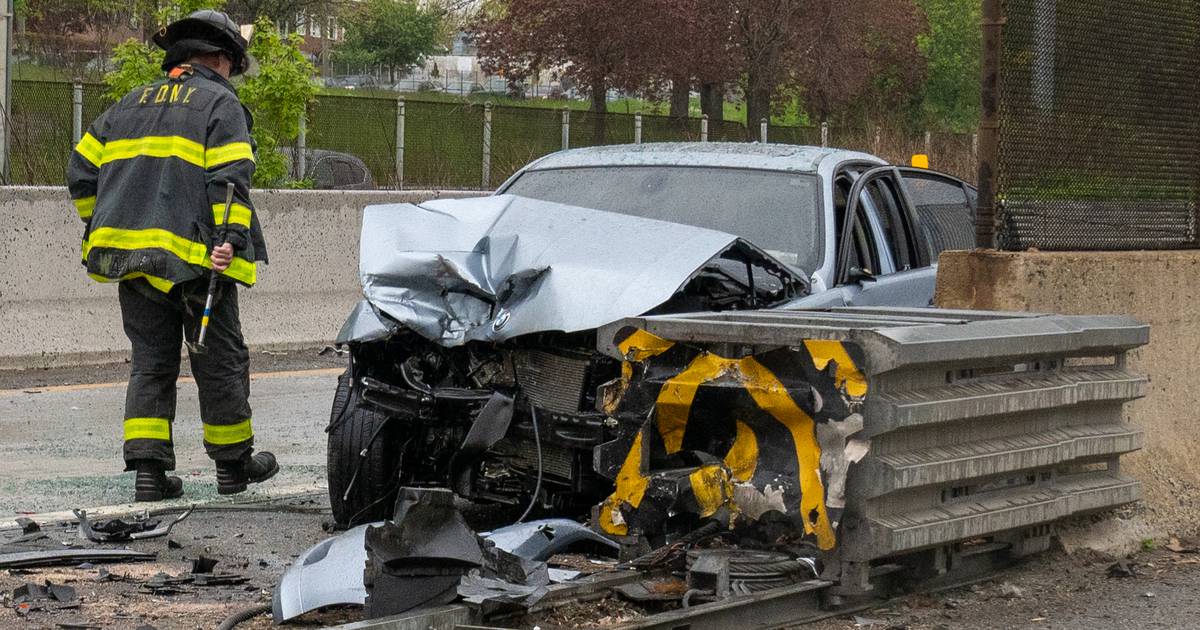 Bronx: Vision Zero needs to have a broader vision. I have been driving in New York City since 1972. Through the years, I have witnessed a disconcerting breakdown in respect to traffic regulations, common decency and the lack of good judgment by many drivers.

If I were to guess as to the genesis of this problem, a simple answer would be that many younger drivers assume that actual driving is similar to the driving they do in video games and good driving is aggressive driving as demonstrated in the movie “The Fast and the Furious” and other films of that genre.

Why not fine these dangerous, law-breaking drivers large sums of money? Fines for egregious offenses, such as reckless driving, running red lights, failing to yield to pedestrians in crosswalks and speeding, should be high — perhaps as high as $1,000, $2,000 or higher. High fines for violations are not unprecedented. Fines for illegal dumping go up to $40,000, and that is basically a victimless crime. The driving I am describing often leaves dead or injured victims in its wake. Why not a large insurance surcharge for these offenders that gets split between the insurance company and the city? There is a large surcharge imposed for DWI and DUI offenses. The drivers I have described are quite often every bit as dangerous.

This could be a popular program among citizens and decent drivers. It would increase revenue for the city. Streets and highways would become much safer for citizens and drivers alike. Ed Rudyk

Astoria: After announcing that he had contacted COVID symptoms, what was Mayor Adams doing attending a restaurant party in Times Square, the Vogue Met Gala and a conference in California, all within a week? What’s more sickening is how come no reporter questioned him on this? Aris Sakellaridis

Brooklyn: It was reported that New York City has seen the biggest rat population roaming the streets since 2010. I am not surprised. I see them by my park on a daily basis. I never used to. I think it’s time the Parks Department and NYPD get together and start enforcing the law. Parks are for recreation and relaxation. They are not to be used as BBQ grounds. In fact, it’s against the law to BBQ in public parks. Alcohol is also prohibited. Yet every weekend, people come to the parks in my area as early as 6 am They set up and stay until sundown. They cook their food there and have plenty of alcohol. This goes on with Parks Department employees on site. Look no further for why we are seeing so many rats. John DeAngelo

Cambria Heights: To Voicer Roslyn J. Smith: I read your comments with great interest and can completely relate. As a 73-year-old African-American woman, I have had unbelievably negative experiences with doctors, and not just at Mount Sinai (I had exactly one doctor there who was a caring, attentive and skilled professional. That relationship lasted 20 years) . I have been berated, dismissed and totally ignored at institutions throughout Manhattan, Queens and Long Island. In some situations, I’ve actually been grateful for even a modicum of attention! I’ve learned to be extremely selective in choosing my specialists and continuing to be under their care. I still make some huge errors in judgment, but as soon as I feel I’m not getting the care I’m entitled to and deserve, bye-bye. As women of color, we have to be vigilant and do not hesitate to speak up when we feel we are not getting the care we deserve and are paying for. Terri Gilbert

Flushing: Hey, New York Rangers, do us fans in favor and forfeit the next game because it’s hard to watch! In a word: embarrassing! Joseph Gross

Providence, RI: In reference to “Moderate GOP pols told their bill won’t work” (May 10): Dear Supreme Court members and Republican politicians, don’t suppose I must do as you choose. Don’t assume you’ve got dibs on my womb. Felicia Nimue Ackerman

Jacksonville, Fla.: America’s dear Sen. Ted Cruz stated emphatically on TV the other day that the Democrats are not saying “boo” about the protests happening outside some hypocritical Supreme Court justices’ homes but said that the Democrats were complaining all over the place about the peaceful protests that occurred on Jan. 6, 2021! Jan. 6, May I remind you, Mr. Bearded Senator, it was an illegal insurrection that attempted a coup against the US government and interference with a legal presidential election! Before you go shooting your mouth off next time, get your facts straight! In the meantime, I wouldn’t suggest lighting any matches near Cruz because the fumes from the constant gaslighting shooting out of his mouth from him just might cause an explosion! Carl Hafner

Larchmont, NY: How ironic is it that pro-abortionists champion a policy that would have undoubtedly led to their demise if it had been enacted in the past. That is to say, if abortion had been legal hundreds of years ago, like pro-abortionists vociferously want now, it’s likely that none of them would be alive today. That sums up what abortion is all about pretty well. Cecily Carrigan

Richmond Hill: To all the right-to-lifers celebrating in the wake of the Supreme Court decision on abortion, do you really believe that Dylan Diaz, who sexually assaulted and strangled his girlfriend to death, has a right to life? And he is one of many near-daily atrocities. Too bad there is no such thing as retroactive abortion. Jeff Pullen

Peekskill, NY: SE Cupp runneth over. Last week, she opined in The News (“It’s just not pro-choicers who oppose ending Roe,” May 4) that the Samuel Alito draft leak “would give them a fighting chance in what was poised to be a bloodbath in November.” Where has she been living, in the subway? Tim Ryan is a sure thing to take the Ohio Senate seat. Beto O’Rourke can win in Texas. Val Demings can beat Marco Rubio. Stacey Abrams has a real shot in Georgia. Will the American people allow “Gym” Jordan to become speaker of the house? George Clooney’s upcoming docuseries all about Gym should be a real corker. joe schatzle

Hempstead, LI: Re “Maybe Republicans should be worried about this fall” (op-ed, May 9) by Mark Green: There is no book-burning, Hunter Biden’s laptop is real and nobody wants a ministry of truth! Leslie Feldman

Bronx: It is more than clear that Donald Trump’s, and therefore Republicans’, assertions about the “stolen” election of 2020 are not about 2020. They are a preparation for a Republican takeover of the presidency and Congress in 2024. The gang of five (Conservative Supreme Court justices) are in place and ready to rule in favor of Republicans should it be necessary. Red states are ready to enact astonishingly restrictive anti-democratic voting requirements, stripping minorities and the poor of their votes. Guns and arms are in everybody’s hands and gun restrictions are about to disappear. The Republicans and Trump mean to seize the government and remake it to their exclusive benefit. I hate to think about the 2024 elections. I want the stable, constitutional and law-abiding United States I love to endure, but a future dictatorship under Republicans and Trump looks very bleak for us regular, non-wealthy citizens. Rose Mary Lancaster

Port Jefferson Station, LI: Thank you, Voicer Marlen Fontes, for your input on the NY Climate Action Committee’s ideas as to how to help the state get to its Pollyanna emissions goals. This push for green energy solutions will be expensive and is doomed to fail regardless of the propaganda the state is pushing. You say that the retrofitting of older buildings will require massive funding from the state, yet you also say that the citizens of NY who change to all-electric appliances and heating systems will save money. Ms. Fontes, when in the history of our state has it ever spent massive amounts of money without increasing our taxes? Bob Cavaliere