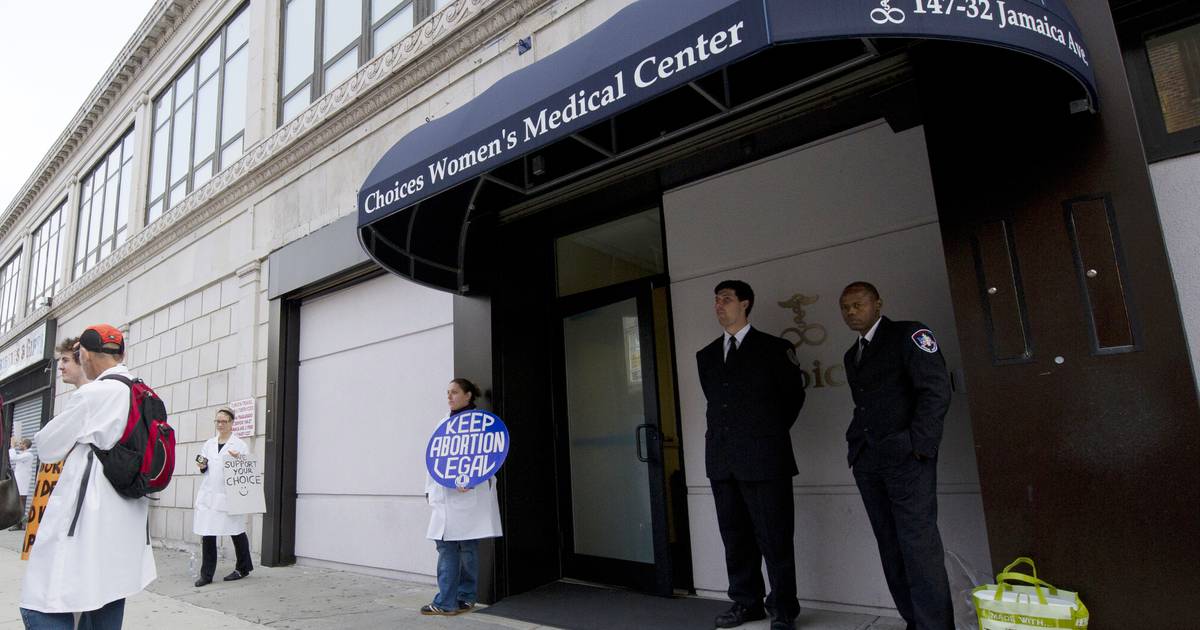 They called it the overground railroad — an abortion clinic that served women before the Supreme Court gave its blessing.

It was there, in a corner of Queens, that Merle Hoffman became a champion of reproductive rights.

“Women were flying in from all over the country to get abortions,” said Hoffman, founder and CEO of Choices Women’s Medical Center in Jamaica.

The year was 1971. Abortion had just been decriminalized in New York, and the only other state where it was legal was Hawaii, nearly 5,000 miles away.

Any day now, Hoffman expects the overground railroad to become a lot busier.

Hoffman is just one soldier in the local army of women’s rights defenders gearing up for changes in abortion law.

In the days since a leaked Supreme Court draft opinion last week signaled the end of federal abortion protections, advocates like Hoffman have been preparing for an influx of women who will be denied services in other cities and states.

“I would like to see a lot more resistance. What I’d like to see is millions of women marching through the streets shutting down the city for a day. Maybe now they will.”

Even if the draft decision knocking down Roe v. Wade is finalized tomorrow, nothing is expected to change for those seeking abortion in New York. But plans are being made to adjust to what could be the new reality for women in other states.

New York doctors already provide abortions for women from elsewhere. Figures from the federal Centers for Disease Control show that of the 78,587 abortions performed in New York State in 2019, 6,989, or 8.9%, were done on women from out of state.

Many abortions were provided in the five boroughs, where 49,784 of the procedures took place, and 9.4% of patients were from out of state.

“I want individuals to know in those red, deep red states that New York is here for you,” state Attorney General Letitia James said last week at a protest for abortion rights in Manhattan’s Foley Square.

It was there, where women waved signs and coat hangers underscoring the dangers of illegal abortions, that James revealed that she had an abortion early in her political career.

James also called for the state to set aside money to cover the expenses of women who come to New York seeking abortions.

“New York will establish a fund for individuals who want to come to New York for a procedure,” James told the crowd. “And we will cover other expenses for getting here as well.”

Nori Rost, who leads the New York Society for Ethical Culture, said New Yorkers have to get creative in their quest to maintain reproductive rights.

“It’s just been a flurry of activity in the wake of this draft,” Rost said of the New York branch of the society, and ethical centers around the country.

Ethical centers are encouraging people to donate morning after or Plan B medications which the societies would distribute to women seeking drug-induced medical abortions.

“In places like New York, we’re encouraging members of the ethical societies to be host homes and provide a place to stay for people coming here to access abortions,” Rost said.

New York’s society is also weighing plans to expand an eight-bed shelter that now houses homeless women two days a week for use by women traveling to the city for abortions. Rost said the shelter might be expanded and opened five days a week, and added that the society is seeking other ways to house out-of-state women.

“We’re reaching out to people in the city who have an extra room to host women who are here to get abortions,” she said.

Activists say that before last week’s leak of the Supreme Court’s draft ruling, the writing was already on the wall for Roe v. Wade.

“We’ve been preparing for this for a long time, as people who work in this area have been,” said Danielle Castaldi-Micca, vice president of political and government affairs at the National Institute for Reproductive Health.

“That’s why we’ve been working really hard in states like New York to shore up access here. The municipal investment that we have is good, but we need more and we need it on the state level.”

Castaldi-Micca said there are other costs need to be considered, like travel and child care, because most people who have abortions are already parents.

“I think it’s incredibly important in a state like New York, where we currently have a Democratic supermajority that we keep it that way,” she said. ”All the states that will provide care need to do everything that we can. We have a moral obligation to take care of anyone who comes here.”