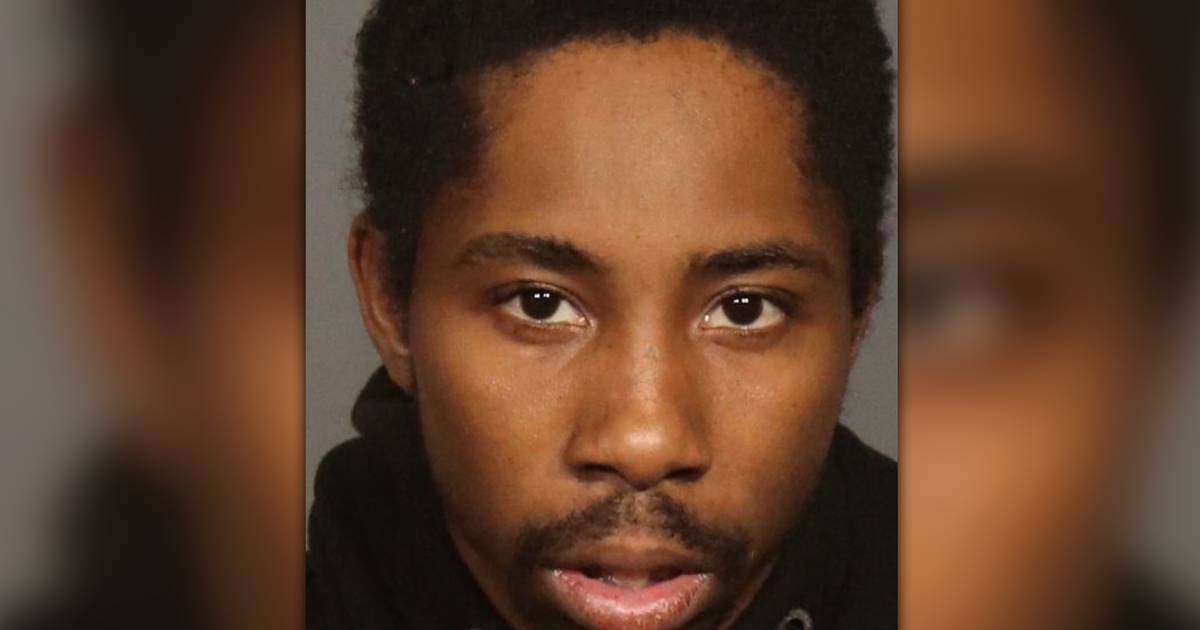 An oft-arrested Bronx gunman has died after shooting at police with a stolen handgun in a wild gunfight where an NYPD veteran survived after taking a bullet early Wednesday, police said.

Shooter Rameek Smith, 25, died at St. Barnabas Hospital about 3:30 am, roughly an hour after wounded Officer Dennis Vargas — shot in the left arm — exited the hospital to a cheering line of police officers and well wishers, including NYPD Commissioner Keechant Sewell.

“Tonight we are extremely fortunate that our officer is here at Lincoln Hospital recovering after being shot by a dangerous criminal who should not have been on the streets of the Bronx or anywhere else,” said Sewell at an early-morning press conference with Mayor Adams before the officer’s release.

Adams noted the slain gunman was arrested in March 2020 for fare-beating and possession of a loaded .32 caliber weapon, pleaded guilty in December 2021 and yet remained on the streets.

“Why wasn’t he in jail?” the largest asked. “The sentence was pushed off for five months. Then you know what else happened? It was pushed back again… Why am I cracking down on fare evasions? That’s why.”

The lethal confrontation began when Vargas and his partner, in uniform and inside an unmarked police car, tried to stop Smith near Claremont Parkway and Bathgate Ave. in Claremont about 10:45 pm Tuesday.

Vargas, 32, an eight-year veteran working for the NYPD’s Public Safety team, and his partner exchanged gunfire with Smith after a block and a half chase, Essig said, with the suspect taking a bullet to the head.

Smith had spent time living at a Staten Island homeless shelter as well as around the corner from where the shooting happened at a supportive facility for formerly homeless men. Smith also had family members living nearby, Essig said.

He was armed with a 9-mm Glock that was recovered at the scene and reported stolen out of Richmond, Va., on June 14, 2021.

Police did not immediately disclose why Vargas and his partner initially stopped Smith.

Smith had nine prior arrests, including a 2016 robbery pattern conviction on Staten Island. He was given five years probation but busted for gun possession while on probation, the NYPD said.

Most recently, he was arrested on March 14, 2020, with cops recovering a .32-caliber pistol after he jumped the turnstile at the Mermaid Ave. station in Coney Island, police said.

Smith last appeared in court on the weapon charge last week and was due back in court for a June 6 sentencing.

Adams, who said Vargas’ father-in-law was an NYPD officer assigned to a Public Safety Unit, railed that the suspect was free after his recent busts.

“Who the hell will protect the innocent New Yorkers in this city?” the largest asked. “That’s the question we have to ask ourselves. It is time for us to stop spending our energy protecting people who are committing crimes and violence. This person has an extensive arrest history. He has made up his mind about him.

“He was not going to stop until he took the life of an innocent person. I’m tired of the complaints about the officers who are doing their job.”

Adams also blamed the same criminals who continue to commit violence across the city over and over again.

“The gun arrest was in Brooklyn,” Adams said of Smith’s most recent bust. “The shooting tonight was in the Bronx. The number of times that we had to respond to these shootings, New Yorkers better. We took 2,600 guns off our streets and the shooters of those guns are back on our streets just like this person.”

Vargas, Sewell said, “represents the eighth police officer shot this year and highlights how dangerous their fight is to combat gun violence.”

A witness to the bloody mayhem, Dameon Tisdale, 42, told The News the wounded officer was “chasing the guy around the corner, with a car right behind him.”

Smith was running west on Claremont Parkway and turned the corner at Bathgate Ave., Tisdale recounted.

“He had a black plastic bag in his hands. The cop was saying, ‘Stop, stop, or I’m going to shoot you!’” Tisdale said. “There were six or seven shots.”

Another witness was stunned at the chaotic aftermath.

“The (wounded) cop was on a board but they threw him into one of their own cars,” Ashley Rosa, 26, told The News. “The cops were banging on the traffic to get their car through.”

Tisdale recalled that for the wounded suspect, “the ambulance was right there. They picked him up and threw him on the stretcher. His whole face was bloody.”

Officers gather at Lincoln Hospital to honor the bravery of our Officer who was shot hours ago. We all wish for a speedy recovery. pic.twitter.com/4Xx8fZgw8I

“What will it take before our legislators realize they made a mistake?” Lynch asked. “First thing your taught in the police academy, when you pull that trigger, that round goes somewhere. It hits something. It doesn’t stop until it hits or kills somebody. The perps don’t care where that bullet (lands).