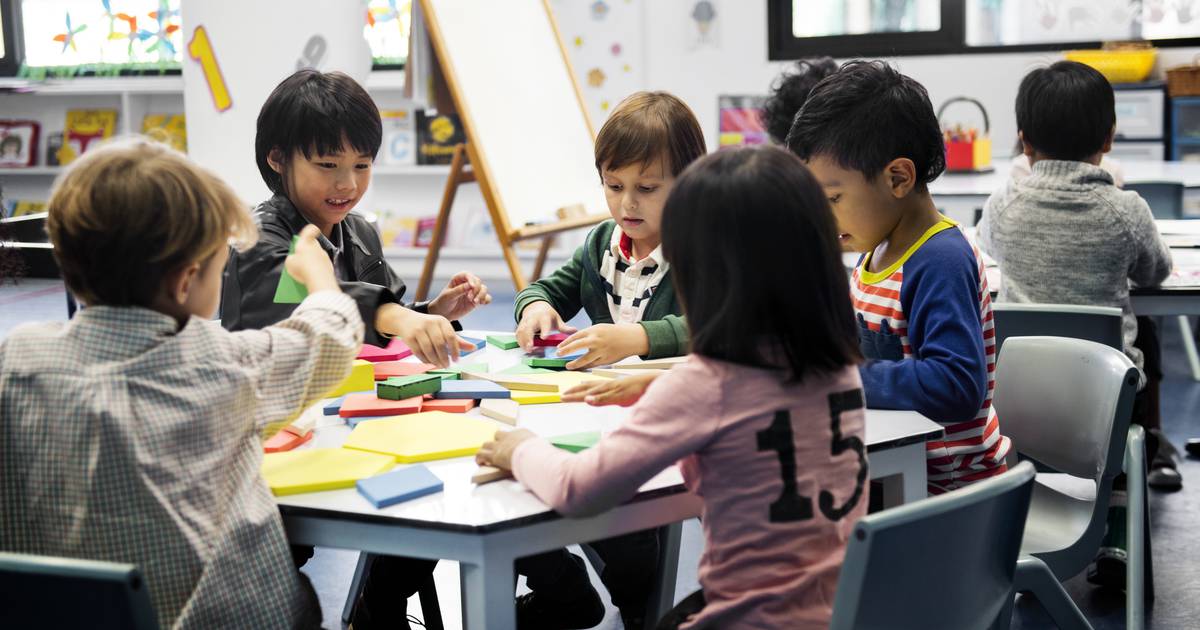 Friends, family, and anyone else who wants to put money towards the college education of New York City public school kids can now donate to students through NYC Kids Rise, a program designed to even the playing field for college savings.

Starting Friday, the program, which was launched by former Mayor Bill de Blasio and continued under Mayor Adams, began allowing parents and others to place money in the accounts of more than 65,000 kindergarten students.

“I knew nothing about a college savings account as a child,” Adams said Friday at PS 169 in the Bronx. “But now we are telling these young scholars that you are expected to go to college or a trade school, a vocational school — going into a place that you will continue to expand your learning. This is a great moment for our city.”

Last June, de Blasio announced that NYC Kids Rise would expand from a pilot program that launched in Queens in 2017 to a citywide initiative that would launch college savings accounts for every kindergarten kid in the city and seed each fund with $100. Students automatically opted in to the program, and ultimately only about 3% were opted out by their families — meaning that the vast majority of kindergarten students in the city now have college savings accounts.

Now, in addition to the $100 in seed money, parents and people who want to sponsor kids can place more money in the accounts.

The idea for launching the program in the Big Apple came from a similar program in San Francisco, which seeded school kids’ accounts with $50 each. Around the time of the idea’s inception in New York, in 2014, de Blasio didn’t want to publicly fund the program, according to Julie Menin, who served as his consumer affairs commissioner at the time and now represents the Upper East Side as a City Council member. So Menin began raising private donations to go into the non-profit, NYC Kids Rise.

The non-profit allows money to be invested into what are known as 529 plans, which allow the investments to grow on a tax-deferred basis and which can be withdrawn tax-free if the cash is put toward a higher education.

New York City’s version of the savings plan also allows money to be saved for undocumented school children, which Menin described as a huge logistical challenge.

“This literally took us years to figure out, and it is revolutionary,” she said.

“This project is deeply important to me. It is truly transformative,” Menin said later after Friday’s announcement. “I’m the mother of four, and this project is like my fifth child.”

The ability to donate can serve as a sort of educational version of a local business, house of worship or politician sponsoring a neighborhood Little League team. And donors receive a benefit from that as well. Since NYC Kids Rise is a non-profit, the donations are tax-deductible.

Adams suggested Friday that parents be proactive in asking people to take advantage of that by helping out.

“Now, all these special occasions should start with a donation for your children,” Adams said. “They stop your baby on the street and say how cute they may be, say ‘Yes, they are. Now, I want you to make a donation.’ I use these cleaners — now I need you to donate to my college fund. I get my hair done, my pedicure, my manicure, every month I’m here with you — I need you to donate into my fund.”

Much of the seed money for the savings program came from Jon and Mindy Gray, the co-founders of the Gray Foundation who began to game out how the plan would work with Menin in 2014.

“It was like a light bulb went off, like we should do this,” Jon Gray recalled. “We have four daughters ourselves. They’ve had many opportunities, and to us, it’s a shame that not every kid in New York City has those same kinds of opportunities.”