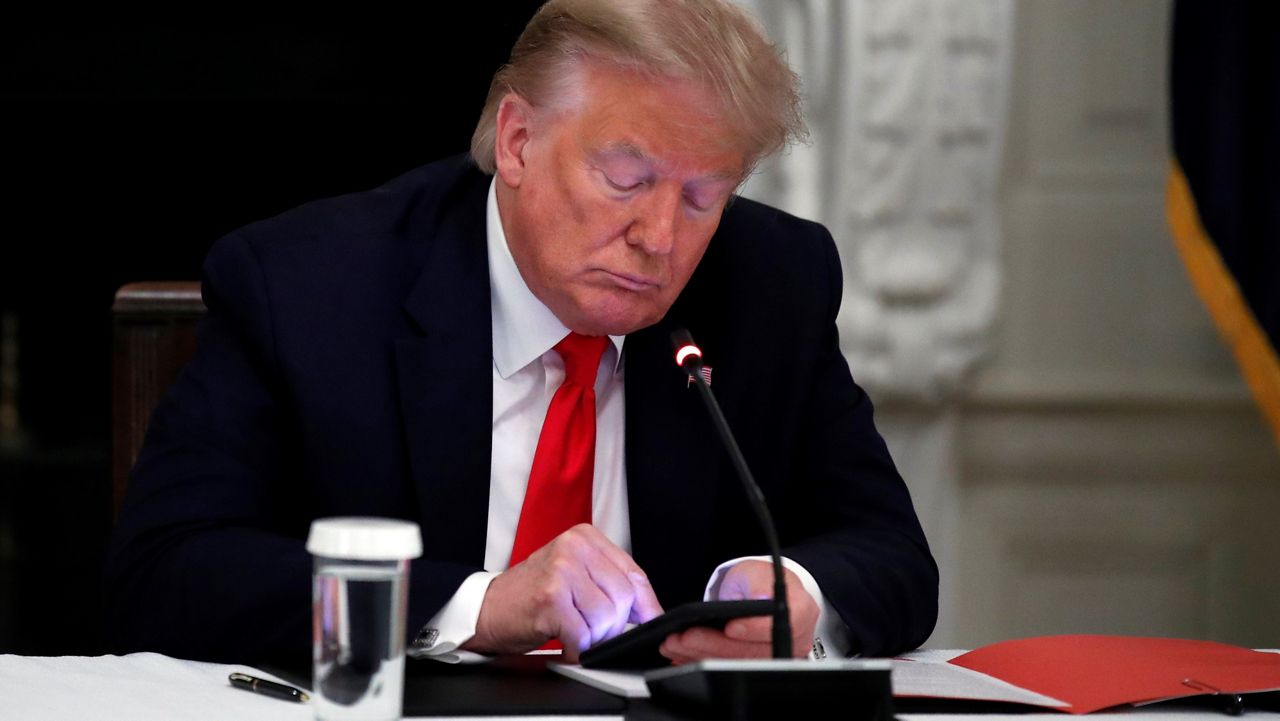 A judge in New York agreed to lift a contempt finding against former President Donald Trump for failing to comply with a subpoena from the New York State Attorney General’s Office, provided he pays a fine and agrees to meet certain other conditions.

Trump was held in contempt late last month by New York Supreme Court judge Arthur Engoron after finding he failed to comply with Attorney General Letitia James’ request for documents in an ongoing civil probe into his business practices. Trump was ordered to pay $10,000 for each day he failed to turn over documents to James’ office.

The former president must pay a $110,000 fine and meet several other conditions or the contempt finding will be reinstated, the judge said, including providing a description of the trump organization’s document retention and destruction policies, as well as reviewing the contents of boxes tied to Trump and kept in off-site storage.

Should Trump fail to meet the conditions by May 20, Engoron said he will reinstate the contempt finding and the $10,000 per day fine will be added retroactively.

The total Engoron ordered Trump to pay is the amount of fines accrued through last Friday, when Trump’s lawyers submitted 66 pages of court documents detailing the efforts by him and his lawyers to locate the subpoenaed records.

Also Wednesday, a state appeal court is scheduled to hear oral arguments in Trump’s appeal in another subpoena matter: Engoron’s Feb. 17 ruling requiring him to answer questions under oath in James’ investigation.

A message seeking comment was left with Trump’s lawyer.

James, a Democrat, asked the Engoron to hold Trump in contempt of court after he failed to produce any documents to satisfy a March 31 deadline to meet the terms of the subpoena.

“Reaffirming a ruling holding Donald J. Trump in contempt, a judge has ordered Mr. Trump to pay my office for his refusal to comply with our subpoenas,” Attorney General James said in a statement.

“For years, Mr. Trump and the Trump Organization have tried to thwart our lawful investigation, but today’s decision makes clear that no one can evade accountability,” she continued. “We will continue to enforce the law and seek answers as part of this investigation.”

James’ office sought numerous documents, including paperwork and communications pertaining to Trump’s financial statements, financing and debt for a Chicago hotel project and development plans for his Seven Springs Estate north of New York City, and even communications with Forbes magazine, where he sought to burnish his image as a wealthy businessman.

Trump attorney Alina Habba said in the May 6 filing that the responses to the subpoena were complete and correct and that no relevant documents or information were withheld.

Habba conducted searches of Trump’s offices and private quarters at his golf club in Bedminster, New Jersey, and his residence in Mar-a-Lago, Florida, according to the filing, but didn’t find any relevant documents that hadn’t already been produced. The filing also detailed searches of other locations including file cabinets and storage areas at the Trump Organization’s offices in New York.

In a separate sworn affidavit included with the filing, Trump stated there aren’t any relevant documents that haven’t already been produced.

He added that he owns two cellphones: an iPhone for personal use that he submitted in March to be searched as part of the subpoena, then submitted again in May; plus a second phone he was recently given that’s only used to post on Truth Social, the social media network he started after his ban from Twitter, Facebook and other platforms.

Engoron’s criteria for lifting the contempt finding were largely in line with conditions James’ office outlined in its response Monday to the lengthy filing last week in which Trump and his legal team said they had exhausted efforts to find the subpoenaed records.

Those conditions sought by James’ office were: Trump submitting another affidavit detailing his and his company’s retention and destruction policies for his documents and electronic devices; and allowing the outside firm Trump hired, HaystackID, to finish going through 17 boxes kept at an off-site storage facility, and for that company to issue a report on its findings and turn over any relevant documents.