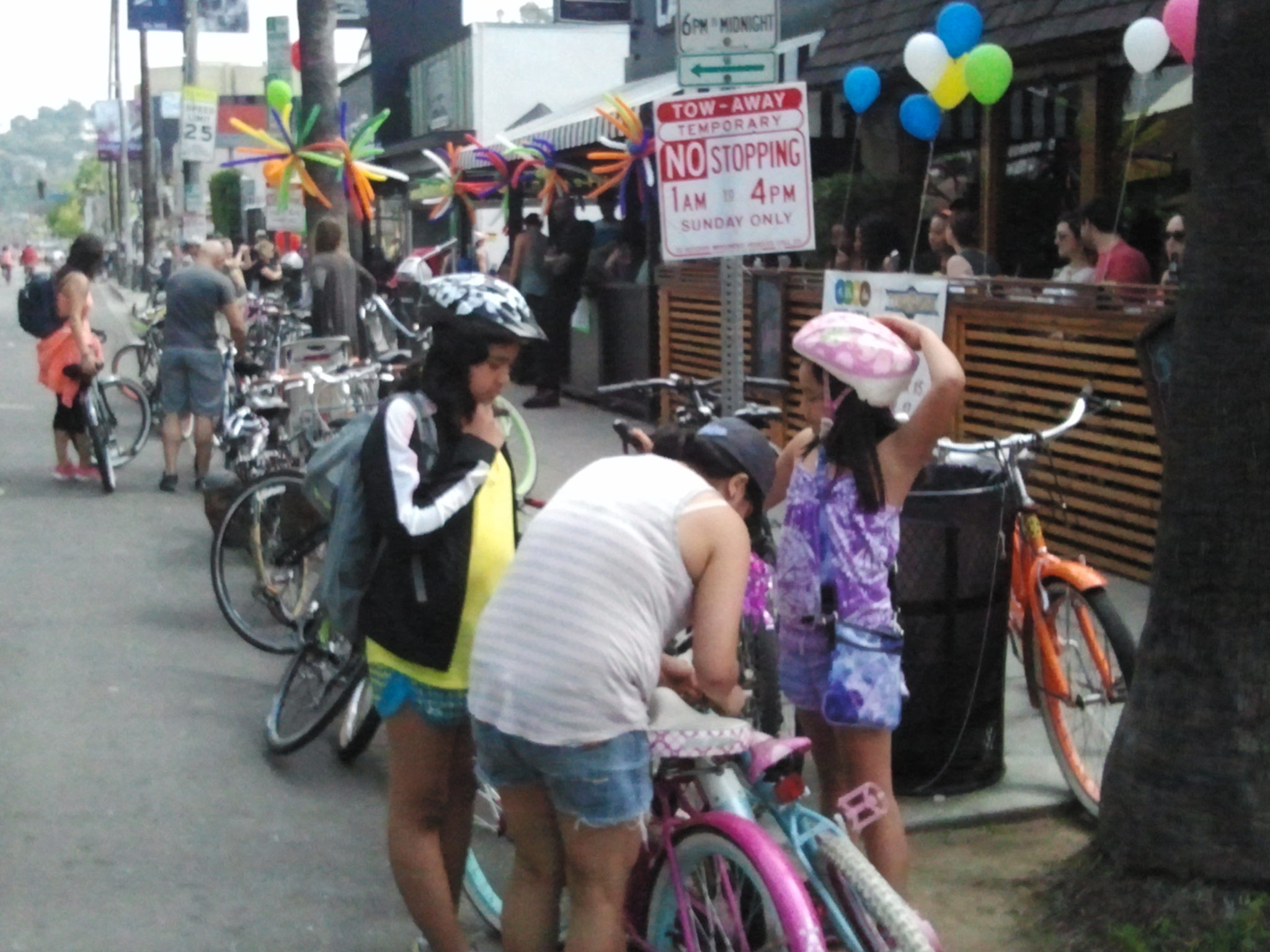 New York is joining Los Angeles in the movement for 25×25.

Advocates are challenging city leaders to return 25% of city street space back to the people by 2025, whether in the form of sidewalks, bikeways or public plazas.

New York currently has 19,000 lane miles dedicated to motor vehicle use, and three million free on-street parking spaces — more than 1.5 for every vehicle in the city.

Unfortunately, none of the five major candidates for mayor — make that four, after Joe Buscaino dropped out — have signed on yet, though a handful of others have, including progressive candidate Gina Viola.

Which would seem to make it a valuable point of distinction for anyone who does.

Only Curren Price has backed it among sitting city council candidates. Bob Blumenfield is a no, while Monica Rodriguez and Mitch O’Farrell have failed to respond, along with “Roadkill” Gil Cedillo, though several of their challengers have endorsed it.

Combined with the Healthy Streets LA ballot measure, which requires the city to build out the already-approved mobility plan as streets are repaved, it could radically reform the city into a human-centered space it hasn’t seen for most of the past century .

And New Yorkers could envy us for a change.

Streets For All offers their endorsements for the state legislature and the LA County Board of Supervisors.

They also recommend WeHo Mayor Lindsey Horvath for the county board.

Click the link above for their endorsements in other state legislature races.

The East Side Riders invite you to join them on a family friendly ride this Sunday.

Ford is starting a new campaign telling their European staffers to park their cars and bike to work, instead.

The war on cars may be a myth, but the war on bikes just keeps on going.

This is the problem with drivers parking in bike lanes. A road raging San Francisco driver subjected a bike-riding man to a punishment pass, then threw something at him while screaming to “stay in the God damn bike lane!”, after the victim had been forced to leave it several times to get around illegally parked cars. Which is not to suggest that the jerk behind the wheel had a point.

Do not bias here. After a 15-year old Paris, Texas girl was injured in a hit-and-run while riding her bike, the local press can’t be bothered to mention that the apparently sentient car even had a driver.

But sometimes it’s the people on two wheels behaving badly.

A South Philly bike rider was killed in a curbside shootout when he tried to rob a man smoking in front of his home, not realizing the intended victim was armed and had a license to carry.

The widow of a Los Angeles County Sheriff’s deputy who died during a mountain bike race run by the California Police Athletic Federation won a partial victory when a judge refused a bid to dismiss her lawsuit, but ruled she couldn’t receive punitive damages in a wrongful deathcase.

No news is good news, right?

AAA included head-on collisions with bicyclists in their crash tests for cars with active driving assistance; the results weren’t pretty.

Bring it on! Seattle is hosting a self-guided Donut Tour leading to five donut shops around the city; the $25 entry fee includes a T-shirt, and coffee or donut at each stop. LA has a hell of a lot more donut shops, in case anyone wants to try it here.

LV Sports Biz has more details on plans to hold a L’Étape by Tour de France fund in Las Vegas next May.

Colorado bike vigilantes are stealing back previously stolen bicycles, because police don’t have the time or resources to track them down.

Millions of toddlers can’t be wrong. The founder of popular balance bikemaker Strider Bike will be inducted into the South Dakota Hall of Fame.

Police in Kalamazoo, Michigan are using a laser measuring device mounted to an officer’s bicycle to catch drivers violating the city’s five-foot passing law. Something we tried, and failed, to get the LAPD to do here when they complained there was no way to enforce California’s three-foot passing law.

Seriously? A Virginia legal group suggests five of the state’s bike laws that could save your life — including wearing a helmet, which isn’t required under state law. But the only tip they have for drivers is to obey the three-foot passing law. Because obviously, if you get killed by a driver it’s your own damn fault.

Vancouver is Awesome offers a cycling enthusiast’s guide to buying your first bicycle.

Good idea. Canada’s Price Edward Island is donating $25,000 to a foundation to help young people in recovery transition back into society, to help establish a program to refurbish and recycle bicycles.

The rich get richer. London bicyclists now have yet another bicycle superhighway, providing a safe route for riders on the city’s east side. Which compares favorably with LA’s none.

Don’t bias here, either. An Irish jeweler blames a new bike lane that replaced parking spaces in front of his shop for “forcing” him to close, before even waiting to see how it affected his business from him; Facebook commenters aren’t having it.

We Love Cyclingwhich appears to be associated with Czech carmaker Škoda, offers advice on how to buy a bicycle online.

More heartbreaking news from Ukraine, where a father was killed by Russian soldiers as he was riding his bike, leaving his family to carry his body back home in a wheelbarrow.

Do not surprise here. After authorities in a New Zealand city block a dangerous street to through traffic, there hasn’t been a single crash; the city now plans to make the closure permanent.

No change in the leader’s jersey, as French cyclist Arnaud Démare overcame Caleb Ewan in a photo finish to win Thursday’s sixth stage of the Giro, capturing his second consecutive stage.

Evidently, Astana Qazaqstan team leader Alexander Vinokourov still thinks a bike race is best seen from the seat of a bicycle, taking a few minutes to motor pace behind the team van during Thursday’s sixth stage.

Presenting an ebike for people who’d rather be riding a motorcycle. If you’re riding a bike with two active drug warrants and an open charge of driving without a license, maybe don’t ride salmon — or flee from police when you do.

And you’ll have to keep riding a dumb Zwift bike for now.

Be safe, and stay healthy. And get vaccinated, already.

Oh, and fuck Putin, too.