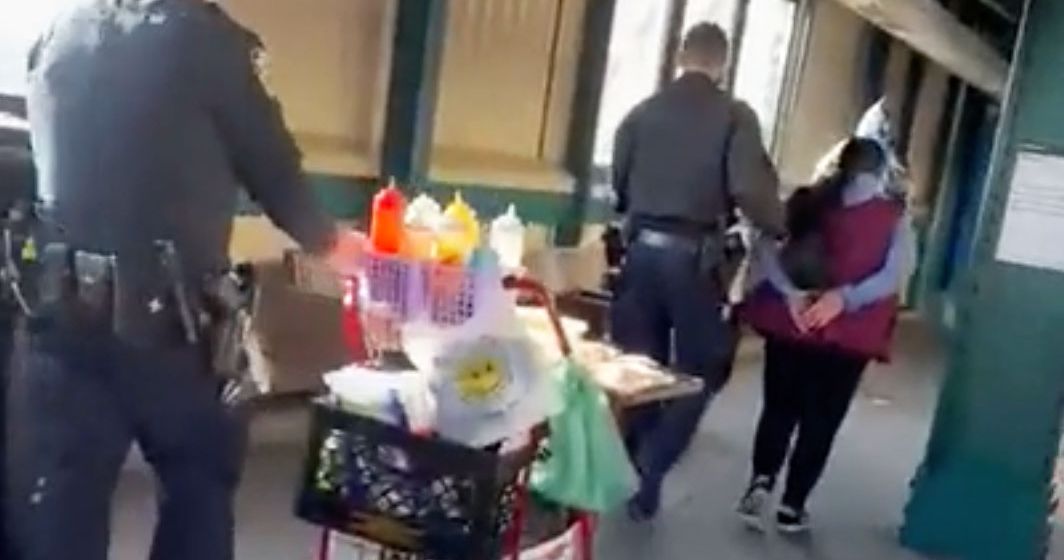 For years, New York City street vendors’ complaints about police harassment seemed to fall on deaf ears. There was hope that this could change during COVID, when many vendors found themselves unable to work and yet other unemployed workers turned to selling food on the streets. Another positive step forward came on June 8, 2020, the height of the George Floyd protests: With activists calling for the reallocation of funding for police departments, then-Mayor Bill de Blasio announced that the NYPD would no longer be involved in enforcement of street -vending laws. Instead, he promised, there would be a civilian agency to oversee vendors.

Still, the NYPD continued to ticket street vendors, even after the Department of Consumer Affairs took over inspection duties in January 2021. (That month, there was some especially good news: The City Council passed legislation lifting the outdated permit cap, which had not increased since the 1980s.) While ticketing dropped during COVID, it returned to pre-pandemic levels last summer, with the DCWP issuing 424 tickets between June 1 and August 31, City Limits have reported.

Police are still arresting vendors too. On April 29, subway fruit vendor María Falcon was at the Broadway Junction station when she was handcuffed by two officers and taken away. Ella’s daughter was present and filmed the arrest in a video that was shared over the weekend by the advocacy organization the Street Vendor Project. It didn’t go unnoticed that the arrest happened at the same station where a churro vendor was arrested in 2019. According to AM New York, that vendor, Elsa, was also present during Falcon’s arrest.

As the newspaper reports, Falcon was kept in the NYPD’s Transition District 33 station for two hours, had her cart and goods confiscated, and was strip-searched for drugs and weapons before receiving a citation. All because she sold some mangoes. In a statement to the publication, an NYPD spokesman claimed Falcon was ticketed on April 5 and “she has refused to stop vending at the location after multiple warnings.”

For years, New York’s street vendors — who are largely immigrants and people of color — have complained of police harassment, and Falcon’s arrest has sparked a fresh round of outrage. What is the point of this? One obvious answer is that street vendors are victims of broken-windows policing. The way they’re described by some, such as BIDs, is as a scourge and a blemish on the city’s streets. Last May, the NYPD ticketed sidewalk vendors allegedly at the behest of the developers behind Hudson Yards.

In an interview with the news site Hell Gate NY, Falcon shared a little about her street vending experiences, saying she has been “hassled by the police” since she started selling in train stations. When asked about Adams’s comments regarding the looming threat of subway-station barbecues, she conceded that she feels “there are people taking advantage of the situation,” specifically vendors who occupy too much space.

But street vendors exist because they provide a needed service. If people didn’t want the food, the people selling it wouldn’t be out there; the vendors would have to find some other way to make money. Most risk ends just for doing business. The SVP estimates that 71 percent of vendors don’t have permits. Street vending is a rare pathway for these immigrants to own a business and have agency over their lives. The City Council said it wanted to do better by vendors by expanding the number of available licenses, and the city promised to do so by having civilians enforce vending laws. Nobody should be getting strip-searched for selling mangoes.

By submitting your email, you agree to our Terms and Privacy Notice and to receive email correspondence from us.