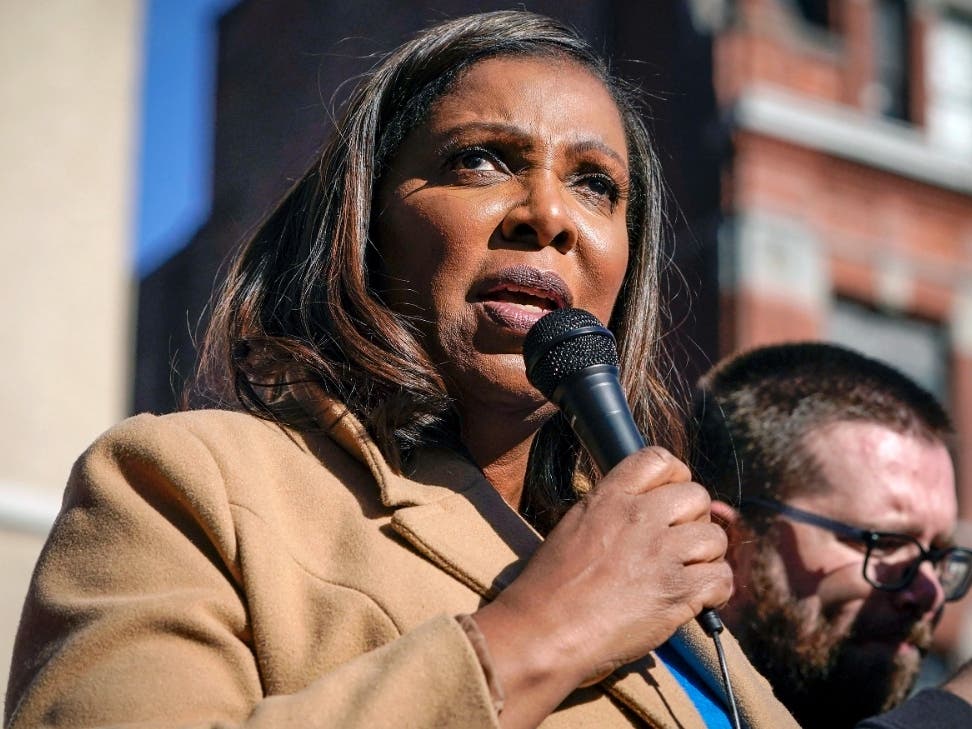 NEW YORK (AP) — A lawyer for the New York attorney general’s office said Friday that the office is “near the end” of its three-year investigation into former President Donald Trump and his business practices.

Andrew Amer made the disclosure during a hearing in a federal lawsuit Trump filed against Attorney General Letitia James as he seeks to put an end to her investigation. His lawyers argued the probe is a politically motivated fishing expedition.

Trump is seeking a preliminary injunction to stop the investigation, which James has said uncovered evidence that Trump’s company, the Trump Organization, misstated the value of assets like skyscrapers and golf courses on financial statements for over a decade.
James has asked a judge to dismiss Trump’s lawsuit.

US District Judge Brenda Sannes said she would weigh both issues and deliver a decision in writing. She heard arguments for about an hour via video. She did not give a time table for a ruling.

Trump lawyer Alina Habba argued that James, a Democrat, campaigned for office in 2018 as a Trump antagonist and, as attorney general, has used the office to harass the Republican former president and his company with myriad subpoenas and evidence requests.

“We keep getting subpoenas. They keep looking for things. If they don’t find it, they look again.”

Amer, a special litigation counsel for James, countered that the state judge overseeing legal fights over subpoenas issued by the attorney general’s office has found there is a “sufficient basis for continuing its investigation.”

That finding, combined with evidence uncovered to date, “really shuts the door on any argument” by Trump’s lawyers that the office was proceeding in bad faith, Amer said.

Habba also took issue with the way the investigation and state court battles over subpoenas for Trump’s business records and unfolded testimony.

James’ office “tie somebody else’s hands behind their back and say we’re going to attack you and as we choose to attack you can defend yourself, but you cannot attack back. I can’t file a motion to dismiss.

“We are sitting with our hands tied. We are simply dodging subpoenas at this point,” Habba said.

Trump’s lawyers contend James is using her civil investigation to gain access to information that could then be used against him in a parallel criminal investigation being conducted by the Manhattan District Attorney, Alvin Bragg, also a Democrat.

Because it is civil in nature, James’ investigation could decide to bring a lawsuit and seek financial penalties against Trump or his company, or even a ban on them being involved in certain types of businesses.

The attorney general’s office and Trump’s lawyers have made several agreements extending the deadline for a potential decision, writing in one court filing that doing so “is in their mutual benefit and interest.”

One posted agreement to the state court docket set an April 30 deadline, but Habba said Trump’s lawyers recently agreed to another extension.

Trump is also appealing two recent decisions by the state judge handling probe-related subpoena matters, which could further delay the end of the probe.

Trump is also appealing Engoron’s April 25 decision to hold him in contempt of court and fine him $10,000 a day for being slow to respond to a subpoena for documents and other evidence. Oral arguments in that case are not expected until the fall.

Engoron agreed Wednesday to lift the contempt finding if Trump meets conditions including paying $110,000 in fines racked up so far, and submitting paperwork detailing efforts to search for the subpoenaed records and explaining his and his company’s document retention policies.