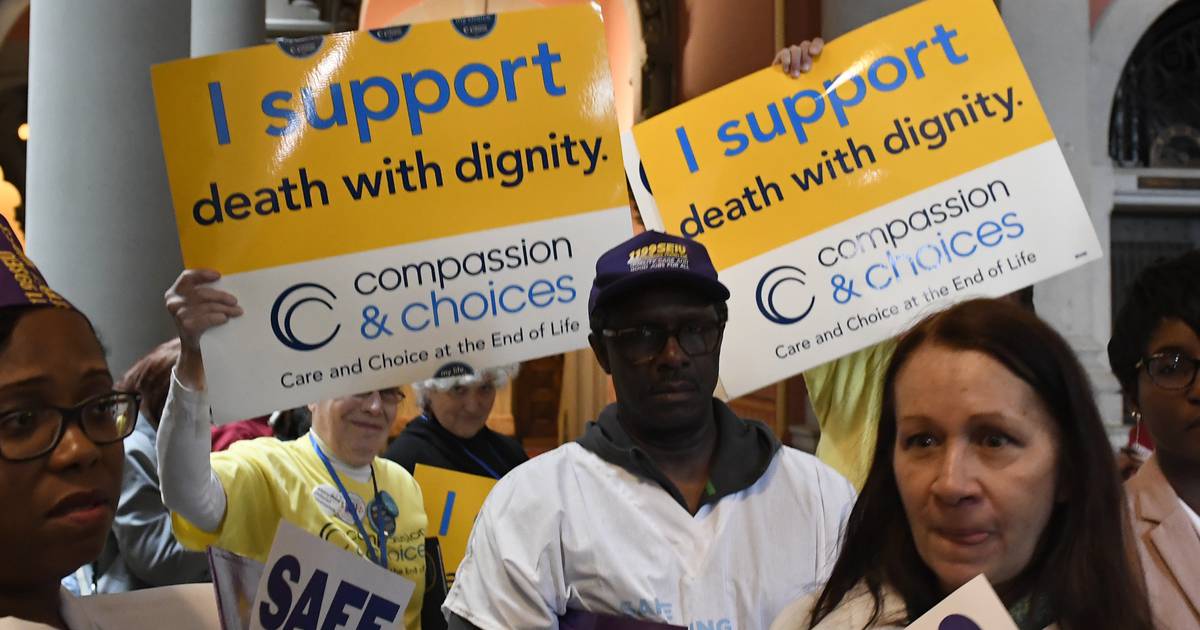 Imagine you are proud parents of a vibrant 23-year-old daughter living her dream as a ballet dancer, painter and certified yoga instructor in the world’s greatest city, New York. Then, less than a year later, she dies an agonizing death at age 24 from an aggressive tongue cancer that spread like wildfire throughout her body de ella, despite her receiving the best treatment and palliative care available.

Our daughter, Ayla Rain Eilert, died April 2 without the one end-of-life care option she begged for in the last weeks of life that could have allowed her to pass peacefully: medical aid in dying. Tragically, this option is only available in Washington, DC, and 10 states, including New Jersey and Vermont, but not New York.

The gentle dying option is not legal in the Empire State because lawmakers have inexplicably failed to pass the state’s Medical Aid in Dying Act since it was originally introduced six years ago, despite polling showing most New Yorkers, across the geographic, political and racial spectrum — and most New York physicians—support it. In addition, a recent national poll showed that voters are eight times more likely than less likely to vote for a legislative candidate who supports medical-aid-in-dying legislation.

Sadly, Ayla is one of more than 20 New York advocates for this compassionate option who have died without it since 2016 and suffered needlessly as a result. Recently, we joined most of the families of the deceased advocates for a rally and candle-lighting ceremony to honor their lives and met with lawmakers or their staff to plead with them to pass this bill before the legislative session is set to end on June 2 .

Every family’s story is different, but what they share is a desire to safeguard the dignity of a loved one stricken by terminal illness — to let them end their lives without agonizing pain, on their own terms.

On Sept. 29, Ayla underwent an 11-and-a-half-hour surgery in which doctors cut out 22 lymph nodes and half her tongue from her and rebuilt it using part of her thigh from her. After Ayla’s recovery, her scans of her were clear and she was cancer-free.

However, since her cancer was so aggressive, her doctors still wanted to hit the affected area with radiation and chemo. They said it would be easier for her body to recover if she had been hit by a bus rather than going through this process.

The chemoradiation process started in November. It was intensely painful. For six weeks, she was vomiting blood and struggling with secondary infections. By her 24th birthday de ella on Dec. 14, Ayla had lost her voice and she could no longer walk a quarter-mile from her apartment to the hospital.

By February, she didn’t have the strength to brush her teeth or walk to the bathroom. She started vomiting up anything she ingested. Her athletic body had shrunk from 130 to 87 pounds.

On March 2, a scan revealed that Ayla’s cancer had spread to 13 places in her body, with significant masses in her head, across her spine, and down into her chest, ribs, lungs and butt. Ayla agreed to try immunotherapy, a long shot, in the hopes that it would at least relieve her pain.

Immunotherapy didn’t work. Ayla’s pain worsened. She started pleading, “Please help me die,” to every social worker, doctor or nurse who would listen. Ayla was not afraid of death. Throughout surgery, recovery, chemoradiation, recovery again and undiagnosed metastasized cancer (while reducing pain medications), our daughter could endure pain. In death, she begged not to.

On March 18, hospital staff sent Ayla home to receive hospice care with the promise of aggressive pain management. Unfortunately, they were not set up to manage her level of pain from her.

On Friday, April 1, the hospice requested that we return to the hospital because they could not provide Ayla with the support she needed at home. They claimed that the hospital’s doctors and a pharmacy on-site would be able to do everything Ayla would possibly need.

But that night, Ayla was clawing at her neck, crying, whimpering, convulsing. When morphine finally arrived at 6 am on April 2, she was breathing very deeply. It was clear she was dying. We told her, “Ayla, it’s OK, you can let go now.” Her eyes from her started to well up. Her breath rate started to come down. We encouraged her: “You’re doing it, little girl. We love you.”

If Ayla had been afforded the option of medical aid in dying, she could have avoided weeks of needless suffering and those last excruciating moments. No parent should have to witness their child pointlessly suffer while begging for help to die.

In her honor and in her memory, we will keep prodding New York lawmakers to pass the Medical Aid in Dying Act until they find the willpower to do it.

The Eilerts are longtime former residents of central New Jersey who now live in Midlothian, Texas.