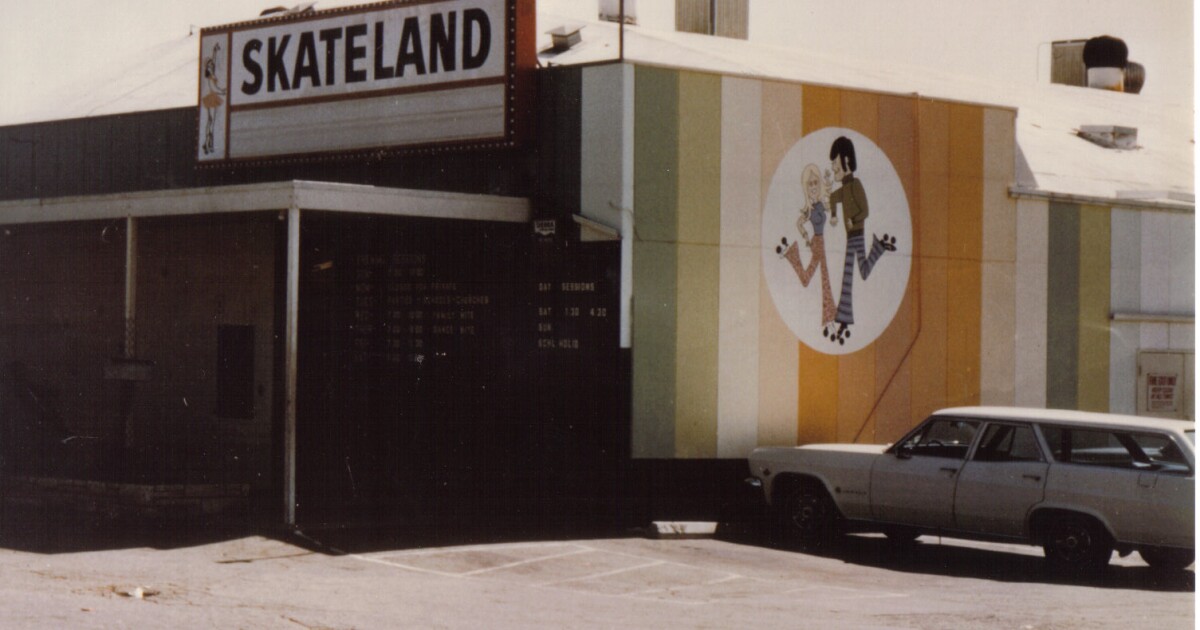 In the northwest corner of the San Fernando Valley, hundreds of unhoused Angelenos currently have no shelter to turn to for help getting off the streets. That’s about to change.

Opening later this month, the Trebek Center will provide 107 shelter beds within the walls of a former roller skating rink that was forced to close during the COVID-19 pandemic.

“I think in the middle of a housing crisis, with so many people on the streets, this is the highest and best use for this facility,” said Rowan Vansleve, president of Hope of the Valleythe nonprofit that will operate the shelter.

Vansleve remembered bringing his children to the rink before the pandemic struck. He said they had a blast skating and gorging themselves on pizza and sugary drinks, so it was sad for him to see it close down.

“But at the same time,” he said, “this business was closing already, and Hope of the Valley was lucky enough to be the group to come in and repurpose it for what the community needs today.”

The nonprofit bought the property in March 2021 and spent about $7 million transforming it into a shelter that will begin accepting residents on May 17. The shelter will be the first bridge housing facility in City Council District 12, represented by councilman John Lee.

In the past, Lee has opposed homeless housing development in his district, which encompasses suburban communities such as Porter Ranch, Chatsworth, and Granada Hills. But he has supported the opening of this new shelter.

“The Trebek Center will go a long way toward improving the city’s homelessness crisis,” Lee said in an email. “I am delighted to work with Hope of the Valley, the Trebek Center’s operator, who has a track record of getting people off the street and into safe housing and supportive services.”

The Pandemic Shut Down A Neighborhood Institution

Skateland was originally built in Northridge in 1958, then purchased by Richard Fleming in 1968.

For decades, local skaters came to glide to disco beats under laser lights. Celebrities who visited the rink over the years included comedian Jerry Lewis and actress Olivia Newton-John, who trained there for the 1980 movie Xanadu.

Skateland was also used as a backdrop in film and television, including an episode of office and to music video for the Pharrell Williams-led band NERD

But after months of forced closure during the COVID-19 pandemic, the Fleming family decided to sell the building to Hope of the Valley.

“We recognize the increasing problem of homelessness in our community and it is our desire to work with the city of Los Angeles and Hope of the Valley Rescue Mission to create the largest bridge shelter in the San Fernando Valley,” former co-owner David Fleming said in a statement.

The skating rink’s transformation is another example of adaptive reuse — the process of repurposing an existing building for an entirely new objective.

DNA Architecture + Design Inc. Principal Valéry Augustin led the Trebek Center shelter project. He said from an architectural standpoint, bringing in more natural light was one of his main challenges. The cavernous space couldn’t be lit by windows on the side of the building. When he first set foot in the building, he immediately noticed its low-hanging ceiling.

“There was a drop ceiling in here,” Augustin said. “So one of the first opportunities we saw was how to open this space up to make it much more spacious and welcoming for housing.”

The solution was to remove the ceiling, exposing a high, arched roof. The team then installed skylights to bring in more sunshine.

Augustin said even with those challenges, working with an existing structure allowed the project to finish in about half the time of building a new shelter from the ground up.

“The great thing about adaptive reuse is that it’s incredibly sustainable,” he said. “We have all this building stock here that’s underutilized. And now this building can have a second life to help transition people from the streets to permanent housing.”

Will Unhoused Valley Residents Want To Live In A Shelter?

According to a 2020 count of people experiencing homelessness in LA, about 735 people were living without housing in Council District 12. However, Hope of the Valley is likely to find resistance to shelter among many living on the streets, according to a recent RAND study.

RAND found that less than half of unhoused Angelenos would accept a spot in bridge housing (44% of survey respondents) or group shelters (31%). The respondents strongly preferred permanent stays in hotel rooms or supportive housing, with around 80% saying they would accept such offers.

Vansleve said he understands the reasons why some people refuse to go to shelters. That’s why residents will be allowed to bring pets. Couples can enter the shelter together (although they will sleep on opposite sides of the gender-segregated facility). Residents can also keep contraband forbidden inside the shelter stored in lockers outside the facility.

No drug or alcohol use will be permitted within the shelter, Vansleve said, but sobriety will not be required for residents to stay.

“Every single person here, they need to be able to work on their sobriety,” Vansleve said. “But it would be the height of insanity to say to someone struggling with a meth addiction or heroin addiction, before you can come in and get treatment and support to end your addiction, you have to be free of your addiction. It just wouldn’t work.”

Vansleve said on-site mental health service workers and housing navigators will work with residents to help them transition to permanent housing, no small challenge given LA’s severe lack of affordable housing and the increasingly strict screening practices of local landlords.

Named after the late Jeopardy! host and Hope of the Valley donor Alex Trebek, the shelter features a large mural outside its entrance emblazoned with a quote from Trebek: “Homeless people are not deadbeats or druggies or criminals … They are us … They are our neighbors.”