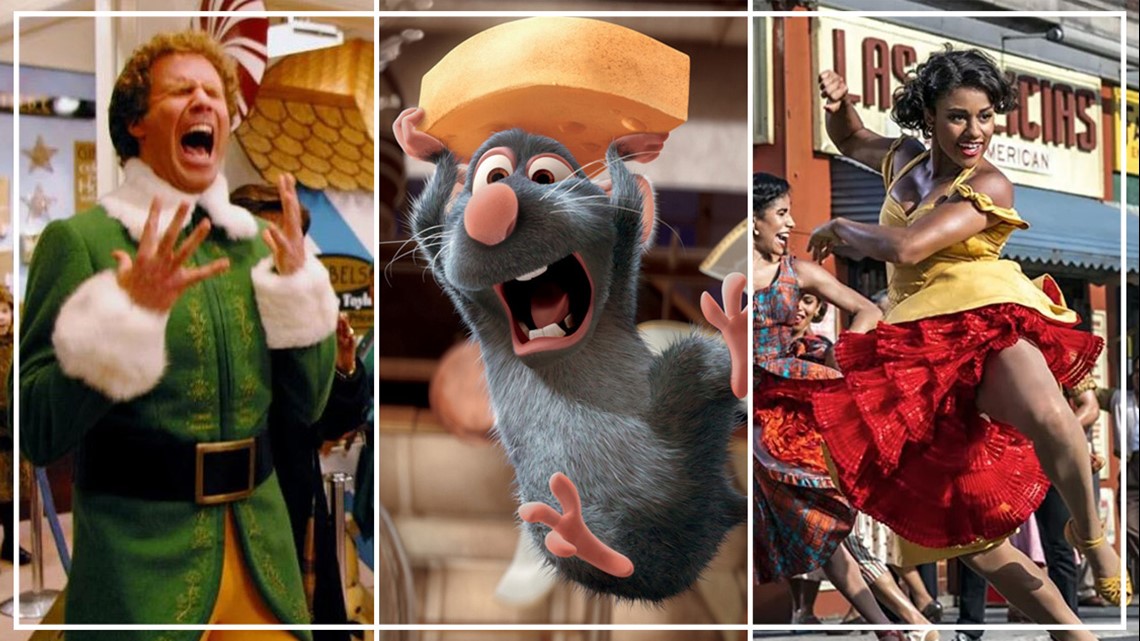 The weather is perfect now for some under-the-stars movie-watching in down town San Antonio.

SAN ANTONIO – Everyone likes free movies. Add in an under-the-stars venue, concessions and a central location, and you’ve got the makings of a circle-it-on-your-calendar-ASAP opportunity to hang out with family and neighbors.

Officials with the Tobin Center for the Performing Arts have announced the upcoming calendar for Cinema on Will’s Plaza, outdoor movie screenings scheduled for the second Friday of most months. Among the films in the family-friendly lineup are animated hits, holiday classics and Oscar-nominated films to get your weekend started right.

Cinema on Will’s Plaza is always free, and families are invited to bring lawn chairs and blankets. However, pets or outside food and drink are not allowed on the Will Naylor Smith River Walk Plaza.

Screenings begin at either 7:30 pm or 8 pm, and attendees are encouraged to arrive early to nail down their spot at the plaza.

Here’s the lineup of films for 2022, as well as the first few months of 2023. The screenings kick off Friday.

The latest film adaptation of Frances Hodgson Burnett’s 1911 fantasy novel, “The Secret Garden” follows young Mary Lennox after her discovery of a, well, secret garden in the mansion where she’s staying amid hard family times.

Steven Spielberg’s remake of the Oscar-winning classic about romance blooming amid the feud between rival New York City gangs is a suitably spectacular affair, and was even nominated for Best Picture this year.

Rami Malek was honored with a Best Actor Academy Award for his depiction of iconic rocker Freddie Mercury in the 2018 saga about his life and the rise of Queen. It chronicles the creation of some of the most well-known classic rock songs, as well as the band’s memorable 1985 Live Aid show.

Director Brad Bird’s movie about a passionate rat chef remains one of Pixar’s best offerings, as well as a vibrantly rendered and soulful testament to passionate pursuit. It’s also, quite simply, wildly entertaining.

Before he returned to his most famous role as Obi-Wan Kenobi, Ewan McGregor played a grown-up version of Winnie the Pooh’s best friend in a delightful adventure movie better than it had any right to be.

The Halloween classic about three Salem witches being resurrected and wreaking havoc on the spookiest night of the year remains a reliable family film, and the October screening at Will’s Plaza is the perfect opportunity to get excited for the long-awaited sequel, which is expected to hit Disney + this fall.

Five years before filmmaker Jon Favreau helped raise the curtain on the Marvel Cinematic Universe, he teamed up with Will Ferrell to create a modern Christmas classic. “Elf” was a delight in 2003, and it remains a delight nearly two decades later.

Elvis Presley donned a cowboy hat to star in this 1960 Western about a rancher caught between the loyalties of his Native American mother and Anglo father when a feud erupts between the two communities.

Another classic musical that received a modern facelift, the 2014 take on “Annie” boasts an A-list cast that includes Jamie Foxx, Rose Byrne and Cameron Diaz. It ain’t a hard-knock life for anyone who needs stars in their movies.

An all-star cast headlined by Taraji P. Henson, Octavia Spencer and Janelle Monáe headlined this 2016 Oscar-nominated drama about the team of mathematicians who proved integral to NASA’s mission of getting to space.