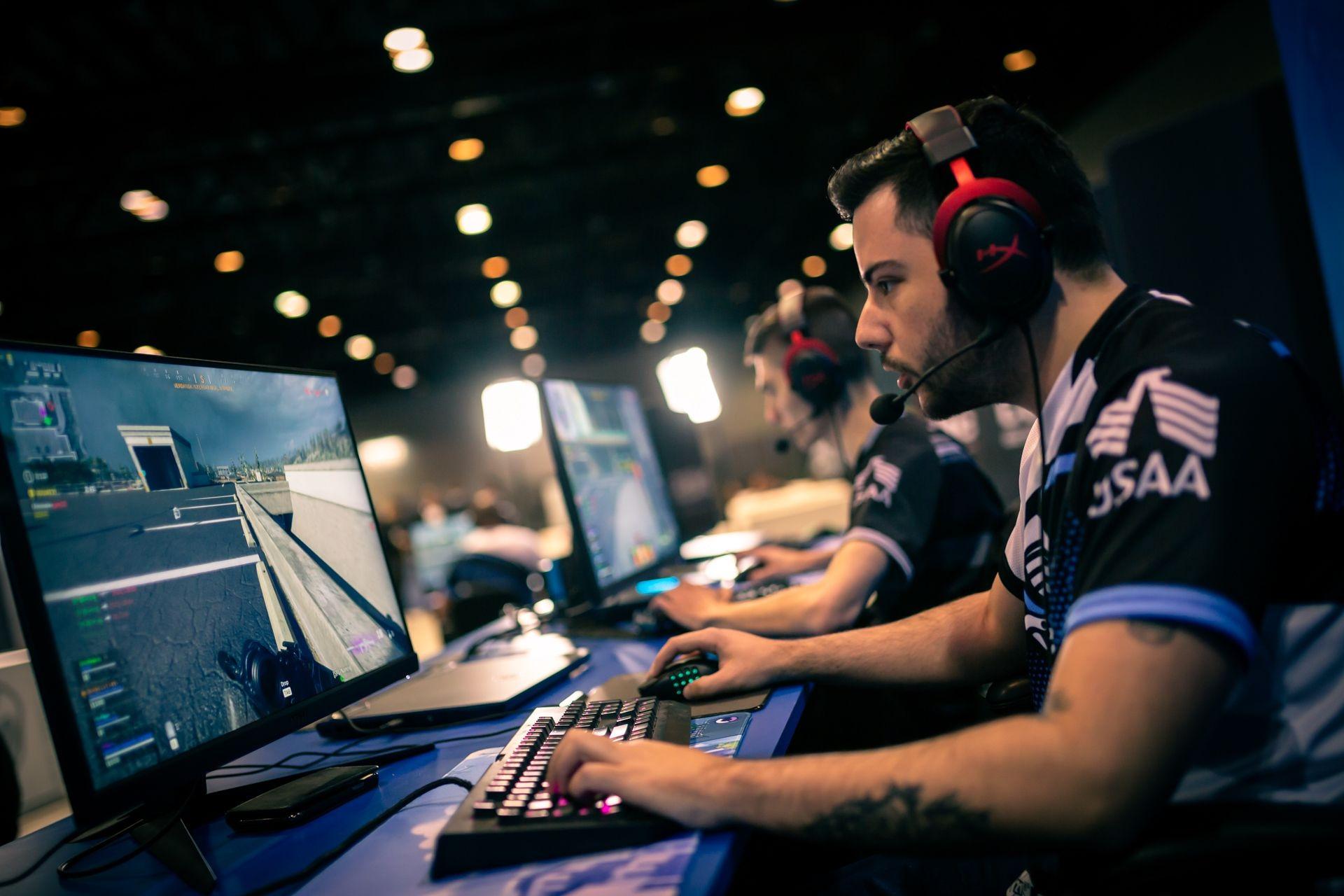 Now the former nuclear operations officer at Joint Base San Antonio-Lackland manages the esports programs for all branches of the United States armed forces. And he’s always game to show how video games and technology can connect America’s men and women in uniform with the public.

Parsons is especially excited to see gaming and technology join forces with the military for ForceCon, a first-of-its-kind conference that will combine the serious business of armed forces development with the serious fun of esports, where teams of gamers compete against each other other in big-screen arenas.

The event runs May 24 through 29 at Tech Port Center + Arena at Port San Antonio. The public can attend the esports competitions May 28 and 29 for free.

ForceCon’s mission is twofold: increase collaboration between the Department of Defense and tech innovators in academia and the private sector, and showcase the virtual combat skills of the military’s various esports teams, which will duke it out in a first-ever battle royale between all branches of service.

No wonder Parsons feels right at home with what ForceCon has to offer, especially when home is Military City USA.

“I could not pick a better city to do this event in. And especially over Memorial Day weekend, ”Parsons said. “So it’s super-fitting that we are doing it in San Antonio, where essential, brand-new airmen and guardians come here for basic training.”

Parsons compares ForceCon to the air shows that draw thousands to gawk at fighter pilots’ aerial acrobatics. It’s a high-tech display of military resources and talent designed to entertain as well as educate the public.

Tech Port Center + Arena is the perfect stage for the high-tech show. The new $ 70 million state-of-the-art venue features a giant 60-by-20 foot LED wall to highlight all sorts of onsite action, in a space that can transform from an open floor plan for conventions to a 3,200-seat venue for concerts and esports competitions.

Earlier this month, Tech Port Center + Arena hosted its first concert with Smashing Pumpkins, followed by its first major esports event, Overwatch League’s “Battle for Texas.” That video game shootout between the Houston Outlaws and Dallas Fuel was the esports league’s first live and in-person event in North America since 2020.

ForceCon kicks off with an invitation-only “collider” conference May 24 and 25, a networking opportunity for select academics, startups and small business advisors and staff from Air Education and Training Command, the Air Force Installation Mission Support Center and AFWERX.

It will showcase various technologies, such as artificial intelligence and robotics and augmented and virtual reality, with some hands-on displays for the public in the days following the collider event.

“How does technology, writ large, ultimately transform our military? I think that’s a thread that pulls through for ForceCon, ”said Will Garrett, Port San Antonio’s vice president of talent and technology development and integration.

Like Parsons, Garrett also sees the esports portion of ForceCon as an exciting way to open the eyes of children and their parents to the possibilities of academic and career opportunities in gaming.

Speaking of fun and games, ForceCon follows the work half of the convention with live entertainment and lively esports.

Details: Invitation only May 24-25; free May 28-29 with tickets available at techportcenter.com.

On ExpressNews.com: From USAA and Frost Bank to Bill Miller Bar-BQ and Ricos, here are the stories behind San Antonio’s iconic brand logos

Hard rockers Papa Roach will play an all-ages concert May 26. The cost of general admission tickets starts at $ 45 via the Events & Tickets tab at techportcenter.com.

Gamers from outside the armed forces can get in on their esports action, too. While the military esports teams battle Saturday, gamers can compete in an open-bracket “Halo: Infinite” tournament with a $ 10,000 prize pool. Preliminary competition takes place May 27 and 28 in the Tech Port LAN center; the winner can play a friendly match Sunday against Air Force Gaming.

ForceCon’s Memorial Day weekend esports events are free for spectators, while the “Halo” open tournament costs $ 20 per player at techportarena.com.

As much fun as Parsons has promoting esports in the military, he also sees gaming as a tool for boosting teamwork and retention as well as mental health. He said he turned to video games as a form of escape when he was struggling with depression while stationed in frigid North Dakota. That inspired him to launch Air Force Gaming in 2019, which a year later became the Air Force’s official gaming program and esports team. He launched the esports equivalent for Space Force a year after that in 2021.

Now with ForceCon, all those video-game heroes will be able to level up in San Antonio.