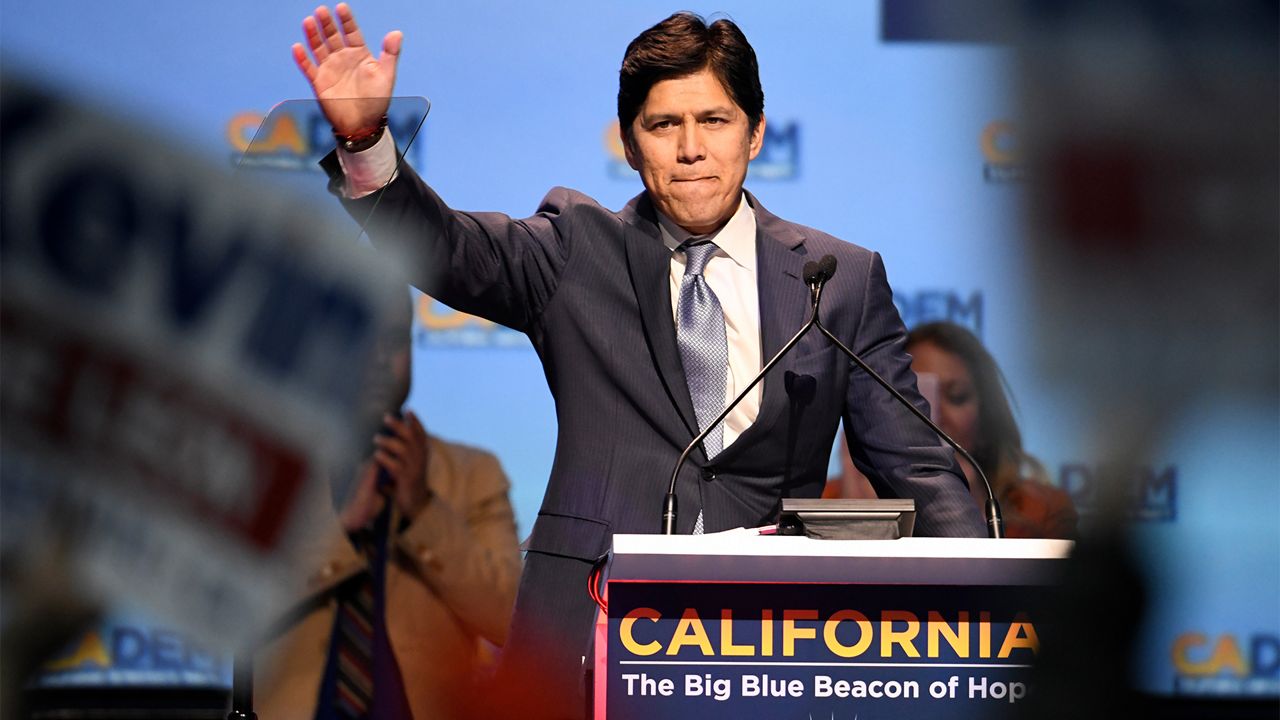 LOS ANGELES (CNS) — Los Angeles Councilman Kevin de León was served with a recall notice Tuesday, filed by the same constituent who targeted him with a recall effort last year before terminating the petition in November.

The notice to recall was filed by Pauline Adkins, who posted a photo of the notice on Facebook, saying that “the homeless population has gotten worse since de León took office” in 2020. The population of homeless residents throughout Los Angeles is widely believed to have grown during the COVID-19 pandemic, but the results of the Los Angeles Homeless Services Authority’s 2022 count have not yet been released.

Adkins alleged in her notice that the city’s unhoused residents “are free to do whatever they want, drugs, stealing, urinating/defecating in public.”

She and the other signees — Helen Misik, Maddie Peters, Janie Costantini and Amy Peters — launched the campaign in part over anger about de León’s efforts to build tiny home villages in Eagle Rock and Highland Park as interim housing amid a historic homelessness and affordable housing crisis in Los Angeles.

The notice also alleged that “police are helpless to help the community residents from the crimes of the homeless” and said that tiny homes’ placement near a park means that de León “does not have the best interest of our children included in any of ( his) radical decisions.”

While some Los Angeles residents have opposed shelters and housing for homeless people on the basis that they believe crime will increase in the area, a 2018 Guardian analysis found that crime rates fell in areas with sanctioned homeless villages in Seattle and Portland. Out of 11 areas surveyed in the analysis, five of the areas experienced a decrease in crime, four did not experience any significant change, and two experienced an increase in crime. Kenneth Leon, a criminologist at George Washington University, told the Guardian that his data were “consistent with the position that homeless villages are not generators of crime.”

Following that effort’s termination, de León said: “This misguided recall effort failed because voters refused to allow the recall process to be weaponized to subvert the electoral process and overturn election results. Residents recognize the real work that we’re doing to address homelessness, develop affordable housing and clean up our district. If anything, this experience demonstrates why our recall process needs to be changed so that we don’t continue to enable this kind of political exploitation in the future at the expense of taxpayers.”

The Los Angeles City Clerk will next need to approve the recall effort’s petition for circulation. The petition will require verified signatures from 15% of the district’s registered voters over 120 days. During the previous recall effort, which had a Dec. 14 deadline, that number was about 20,500 signatures.

De León — who is running for mayor — opened the largest Tiny Home Village in the United States on a 6.8-acre site along the Arroyo Seco (110) Parkway in Highland Park, providing 224 non-congregate beds as transitional residences in the Highland Park community.

De León’s office touted the project for its quick completion within 90 days and for costing less, at $55,000 per tiny home, than most other homeless housing options in the county.

When the previous recall campaign against de León was announced in July, he was the third council member to be the target of a recall effort, following Mike Bonin and Nithya Raman. The recall attempts against all three council members — which failed — were from constituents who cited anger with how the council members were handling the homelessness crisis.