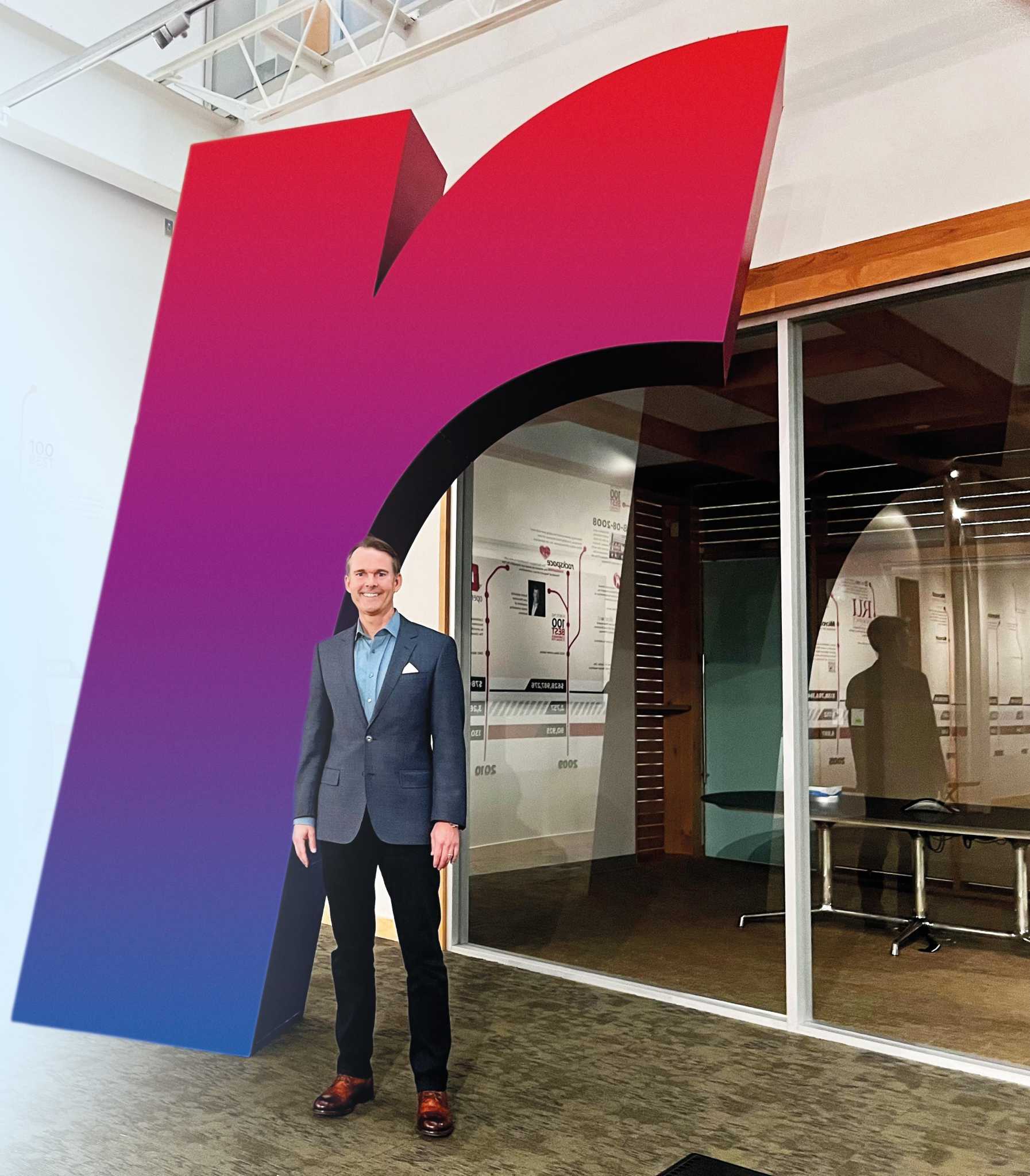 CEO Kevin Jones raised the possibility of such a move during a late-Tuesday conference call to discuss the company’s first-quarter results. Rackspace, he said, recently completed a “strategic review” after hearing from a potential buyer interested in one of its businesses.

“We concluded that a sum of the parts of Rackspace Technology could be greater than our current enterprise value,” Jones said.

It’s unclear which portions of the company, if any, could be put up for sale.

“Everything is on the table,” the CEO said. “We’re evaluating all options.”

Whatever happens would be the latest twist in the history of Rackspace, considered the granddaddy of San Antonio’s modern technology sector.

The possibility of a breakup drew some positive reviews.

“We believe that Rackspace will be driving additional value whether through an outright sale or through improving the business and operations,” Raymond James analyst Frank Louthan IV said in a research note Wednesday. “We believe a deal will ultimately be reached, as the business possesses proprietary, quality assets that are differentiated within the marketplace, particularly at the middle-market level, which should be attractive to potential buyers.”

Jones said the company would provide details of the alternatives and a long-term financial model in September.

Without offering specifics of what could be sold, he noted Rackspace’s growth in the public cloud market. Public clouds are subscription services shared with customers over the internet. By comparison, a private cloud is a service controlled by one business or organization. Rackspace is in both segments.

“We have a public cloud business that is significantly scaled from 18 months ago,” he said. “We’ve been proactively evaluating all of our strategic options to take advantage of the public cloud market opportunity and sharpen our focus.”

Credit Suisse analyst Kevin McVeigh said in a research note Wednesday that Jones’ suggestion the company’s businesses could be worth more than its total value “is partly driven by the attractive growth profile of public cloud.”

“Rackspace is positioning for gross margin stabilization by growing ‘expand’ vs ‘land’ part of its business by cross selling,” McVeigh said, referring to a focus on growing existing business. “

On ExpressNews.com: Dizzying year sees Rackspace IPO, a dramatic restructuring and a mass layoff. Will the company live up to expectations in ’22?

Rackspace first went public in August 2008 at $ 12.50 per share and climbing to about $ 80 in 2013. But by mid-2016, the company lost about 60 percent of its value amid competition from larger-scale cloud computing services.

Rackspace had roots in the business of hosting websites for clients. But after struggling to compete in that market with heavyweights Amazon, Microsoft and Google, it moved to partner with the tech giants to help its customers move their data to the cloud.

It spent the next few years saddling up with Big Tech and going on an acquisition spree. Its aim was to position itself in a global cloud market expected to skyrocket to $ 520 billion by 2024, according to forecasts from Gartner, an information technology firm.

Rackspace spent $ 1.7 billion to acquire four businesses from 2017 to 2019. They included Onica, a cloud services and management firm, and Datapipe, a managed services provider for private and public cloud customers.

Meanwhile, it posted a string of annual losses totaling $ 632 million.

In August 2020, Apollo reintroduced Rackspace to the public market. Its market capitalization hit $ 4.2 billion – roughly its sale price four years earlier. The first trading day did not go well. After opening at $ 21 a share, shares fell nearly 22 percent to close at $ 16.39. They’ve been mainly sliding since as the company has reported quarterly losses.

Analysts have said they did not find Rackspace’s string of losses concerning because the company had been growing, though it likely would need to achieve profitability within a couple of years to appease investors.

Its share price fluctuated over the year and sank to a low of $ 7.28 in late February.

Jones called the BT partnership the largest deal in company history, estimating “it could be worth several hundred million dollars over multiple years.” Rackspace said it expected to take on hundreds of new international customers as a result.

Analysts noted pluses and minuses, agreeing it would increase revenue but concerned the increased expense was a factor in the lower-than-expected forecast for the current quarter.

After Apollo took over, Rackspace began moving away from cloud hosting to becoming a service company with a multi-cloud approach, said John Prevost, executive director of the Open Cloud Institute at the University of Texas at San Antonio.

He was not surprised at the news that Rackspace could sell some businesses.

“All of these companies are trying to figure out who they want to be when they grow up,” he said. “This whole world is in such flux right now. Platforms are becoming commoditized and being put online that never in our history have been offered to the masses. “It’s an arms race of products and different service offerings.”

It’s probably time for the company to refocus its business strategy, he said.

“They’re trying to figure out how to survive in this competitive landscape,” Prevost said. “The big companies are offering services that they do not offer. They can do anything they want in the space but they probably can not do everything. If they want to focus on areas where they can be world class leaders, they have to pick and choose where they focus that energy. ”

This time, earnings and revenue both topped Wall Street expectations but Rackspace stock fell the next two days and analysts lowered their expectations of performance.

Credit Suisse adjusted its target price to $ 15 from $ 19 a share while keeping an “outperform” rating.

JP Morgan adjusted the price to $ 11 from $ 13 while maintaining a “neutral” rating.

The Raymond James note, which included a section titled “The Path to Redemption,” upgraded to “outperform” and established a $ 12 price target.

“The business has taken longer to gel than we had initially anticipated, thus we have been on the sidelines for some time, but we believe this gives management the ability to demonstrate marked improvement in the base business, or there will be a deal,” Louthan said. “Either way, we believe that investors can see a path to being rewarded within a reasonable period of time.”