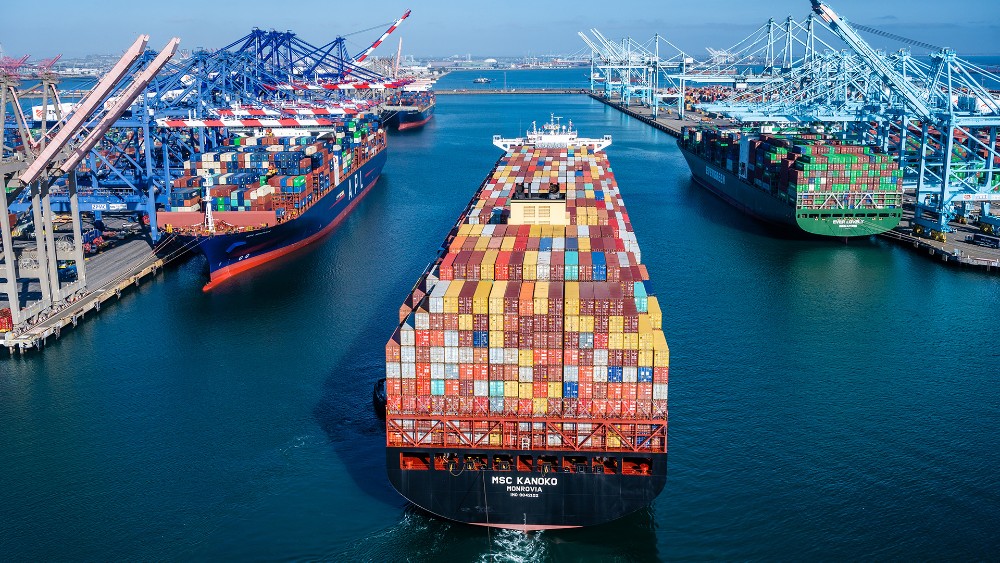 The negotiations will take place every day in San Francisco until a deal is reached between the International Longshore and Warehouse Union and the Pacific Maritime Association, which represents employers who operate marine terminals and shipping lines.

The current contract expires on July 1.

Bargaining negotiations come as the United States is experiencing supply chain disruptions due to the COVID-19 pandemic and historic cargo volume, putting some on edge that negotiations could create a further backlog in the supply chain.

PMA President and CEO Jim McKenna said the association is committed to negotiating a contract without disruption.

“Any disruption would be debilitating to the US economy. We and the ILWU need to stay at the table and bargain, without any impacts on West Coast marine terminals,” he said.

McKenna noted that nearly half of Asian imports destined for the US are moved through the West Coast ports, which collectively supported nearly $2 trillion in economic value in the US last year, about 9% of the country’s GDP, he said.

During tense contract negotiations in 2002, Ports from San Diego to Seattle were shut down after the PMA locked out dock workers, accusing them of taking part in a slowdown that amounted to a strike in all but name.

The lockout lasted some 10 days.

“It’s no secret that past contract talks between PMA and the ILWU have not always gone smoothly. That’s why I’ve heard from worried importers and exporters across our nation about the upcoming talks,” McKenna said, reiterating his the association’s commitment to avoiding disruptions.

In remarks ahead of the negotiations, McKenna boasted about ILWU members’ salaries, saying they earn nearly $195,000 a year on average, and adding that the PMA “will continue to provide world-class wages and benefits.”

However, the ILWU disagrees with how its employers’ calculate the average wage of workers, saying they only take into account a specific category of workers, who in most cases have worked in the industry for decades.

“The only accurate way to discuss Longshore wages is to cite hourly pay, which in our current collective bargaining agreement starts at $32.31 per hour … many longshore workers, especially casuals, can only obtain sufficient hours to equate to part time work,” ILWU says on its website.

McKenna added that the PMA’s priorities also include continuing to create training opportunities for longshore workers for high-skilled jobs, modernizing the terminals including through automation and adhering to environmental regulations to protect workers’ health.

ILWU International President Willie Adams said in an open letter on Friday that the union is seeking “a contract that honors, respects and protects good American jobs and US importers and exporters, while reflecting the hard work they have been doing not only throughout COVID but in our 88-year history at the ports.”

Adams added that some companies are seeking to automate the US terminals that they lease from the ports to use “robots instead of American workers to operate the heavy equipment that moves cargo.”

Automation was one of the main points of contention during labor negotiations in 2002.

The negotiations are not open to the public or media.

City News Service and Reuters contributed to this article.