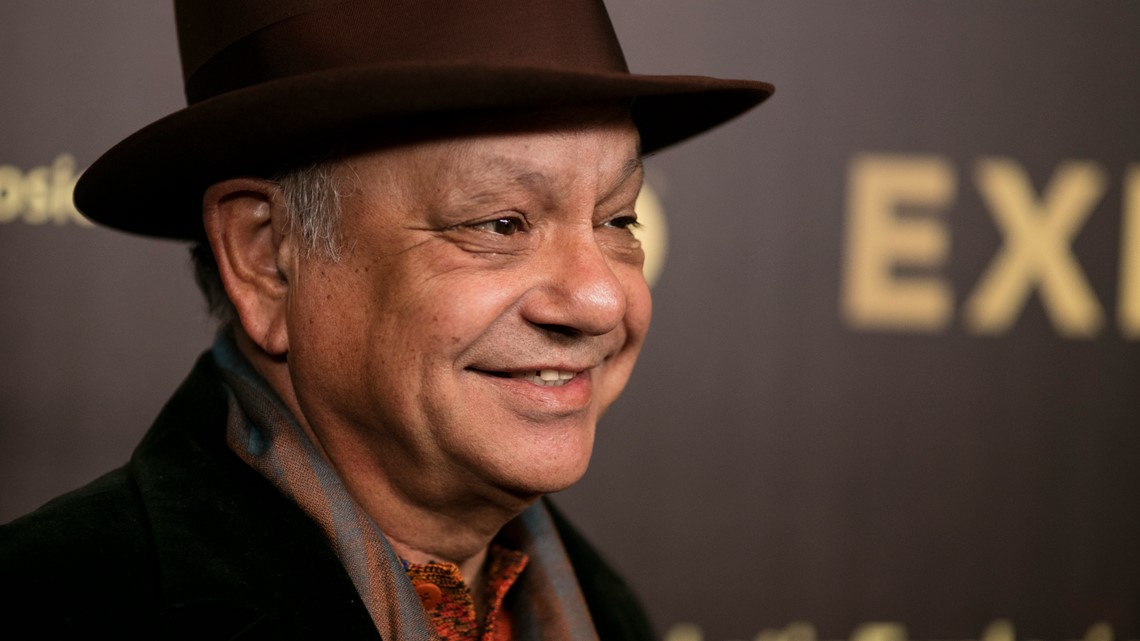 Marin has been collecting art for years. Soon, much of it will find a permanent home in a new Riverside museum and cultural center.

SAN ANTONIO – Before cultivating his reputation on the big screen with 1978’s “Up In Smoke,” Cheech Marin built it on the road, traveling through the US with creative partner Tommy Chong to perform as iconic stoner-comedy duo Cheech and Chong.

What people might not know is that in between shows and stand-up appearances, Marin was visiting galleries and antique shops — slowly building a private collection of art from Chicano / a artists, likely the biggest in existence.

“I was in every city,” he recounted to KENS 5 during a recent Zoom interview. “And I got taken to galleries in every one of those cities. Sometimes I’d have to carry pieces with me on a plane for a month. ”

Marin’s passion for snagging Chicano art has been well-documented over the years. But in a few weeks’ time, his collection will have its biggest stage when The Cheech Marin Center for Chicano Art and Culture opens in southern California.

“You could not imagine any finer place to highlight all the individual artworks that we have.”

It was officials in the town of Riverside – just an hour away from his hometown of Los Angeles – who first approached Marin in 2017 about opening a center to display his art, reportedly after noticing the hundreds of people who lined up for a local exhibition. Initially thinking he was being pitched on potentially buying a museum, Marin was not quite sure about the proposal.

“I thought, what, you want me to buy a museum? I’m doing OK, but I do not know if I’m doing museum-OK, you know? ” said the actor-collector-comedian, who will be at the McNay for a benefit luncheon talking about the center Friday. “He says, ‘No, we want to give you the museum for the collection.”‘

A few years and several fundraising efforts later, the 61,000-square-foot gallery that Marin calls a “jewel box of a museum” is set for its June 18 grand opening.

“It’s glorious and terrifying at the same time,” he said. “You know that scene in ‘The Wizard of Oz’ where the house is falling from the sky right at the beginning? I feel like I’m standing on an X the house is going to fall on. Like, ‘OK, brace for impact.’ ”

Friday’s stop at the McNay will be far from Marin’s first time in San Antonio; he says he’s made dozens of visits over the years, and was even honored with a lifetime achievement award here in 2019.

In fact, Marin found early on that the Lone Star State was an oasis of Mexican-American art. He specifically cites Corpus Christi as being a community where he “discovered some of the best artists.”

“One group is a little more urban, one is a little more rural, but it’s the same genetic code. They’re describing their communities, ”he said. “And that’s what this Chicano school is in essence: a description of a community over a lengthy period of time.”

His introduction to art, however, goes back even further — further back even than Cheech and Chong.

As a child in California, he and his cousins ​​would be assigned different subjects to learn about and bring back to the family group. His topic: art. His classroom: all the libraries he could visit.

By the time he was 12, Marin says, he knew about every major painter from Da Vinci and Botticelli to Renoir and Rembrandt. By the time he was making money, he sought art from Mexican-American artists he thought deserved to be seen.

“It’s not that they had not been discovered before, but not on a gigantic basis. They were still struggling, they were not accepted into museums or even galleries. So I said, ‘These guys aren’t getting any shelf space, why is that? Let’s fix that. ‘ And so that was my crusade going forward. ”

That crusade has taken him not just to countless galleries, but to various museums around the country. Allowing others the opportunity to appreciate the art was as important to Marin, if not more so, than discovering it for himself.

“My mantra has been that you can not love or hate Chicano art unless you see it. So that was my goal: to get as many people as I could to see this Chicano art, ”he said.

Sometimes all an artist needs is an opportunity for exposure. Marin understands the new center in Riverside will provide just that for the many, many creators he’s met over the years, and the culture they’re part of.

He’s confident the crowds will come. After all, they’ve been coming already for years, when pieces of his private collection have traveled to everywhere from the Smithsonian to smaller state museums.

“It’s my belief that, because of the longevity of this school – and the description of culture over a long time, over a couple generations now – that it is perhaps the most important American school of painting ever.”

More than just a place to see art, The Cheech will also be a cultural center to engage with it. Students from local colleges will stop by to do their own research, while Marin touts plans for a film department to be housed there.

For those plans in particular, he’s enlisting a notable San Antonian.

“Robert Rodriguez has agreed to head that space there,” Marin said. “I could think of no better person in the world to guide us through this.”

The “Sin City,” “Spy Kids” and “From Dusk Till Dawn” director grew from low-budget roots to become a major Hollywood presence. In 2018, Rodriguez’s “Rebel Without a Crew” reality series gave five young filmmakers a chance to create their own projects from relatively sparse resources.

For now, Marin hopes The Cheech brings new eyes to Chicano art, new possibilities to the next generation of Mexican-American artists lying in wait and a new dialogue for communities that have not always been represented at the table.

He saw something similar happen years ago in Minneapolis, where his tour stopped at the University of Minnesota.

“When I led up the call that we were going to be there, Chicanos, Mexicanos, who knows what came out of the woodwork and they were like, ‘Where have these people been?’ Well, you have not been talking to them, so they did not talk back to you, ”Marin said. “If you’re not being addressed, there’s no conversation.”

The Cheech Marin Center for Chicano Art and Culture opens June 18; tickets are available here. Tickets are already sold out for Friday’s McNay event, the proceeds of which will go towards ongoing education, exhibition and conversation programs at the museum, according to staff.