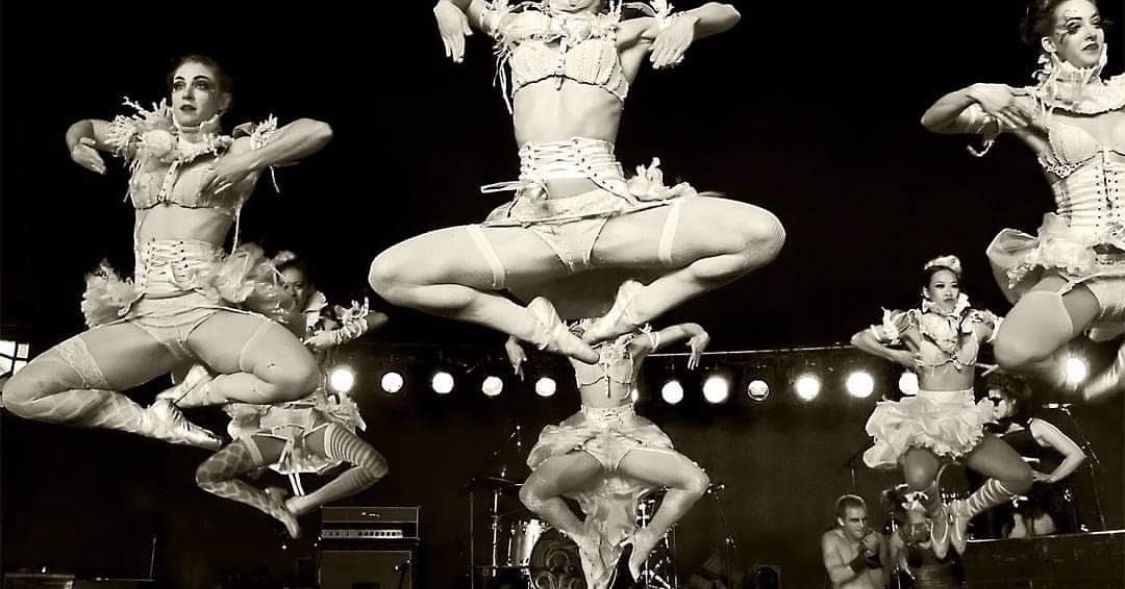 Despite LA’s attachment to Hollywood and its proximity to the bright lights and big shows of Las Vegas, the city has only infrequently embraced the kind of theatrical, immersive dining experiences that can sometimes take over other global cities. Rare is the dinner reservation that comes with a projection show or acting performance; instead, LA has gotten the Museum of Ice Cream — and its problematic sprinkles — and other Instagram-focused brand events.

Leave it to Neal Fraser and Amy Knoll Fraser of Downtown’s Redbird and Vibiana to change all that with Revive, a weeks-long summer restaurant pop-up and artist residency that promises lots of live action, immersive theater, and fine food.

Unlike, say, Hollywood’s Van Gogh art experience, Revive is seeking something a bit more physical. To bring the show to life the husband and wife restaurateurs are partnering with San Francisco’s Vau de Vire Society to drop in literally dozens of actors, musicians, dancers, and circus performers to a layered stage spread across different elevations. The show may at various points take place above, behind, or directly on the table in front of diners as it moves from a courtyard reception to a multi-course indoor meal at Vibiana. Live music will be performed by Angelo Moore (of Fishbone) and the Missing Links, and projection mapping and immersive art will shift and shape the space. “We’re hoping to play a part in the restoration of hope and enthusiasm,” says Vau de Vire creative director Mike Gaines in an email to Eater, speaking on the current moment of exuberance that has come after two-plus years of an ongoing pandemic. Neal Fraser adds that he and Amy Knoll Fraser have been “exploring the possibility of hosting an immersive sensorial event at Vibiana for quite some time,” adding that the Vau de Vire folks make for a perfect partnership.

Together, the different groups will put on a more than monthlong pop-up that is projected to be unlike anything Downtown Los Angeles has seen in quite some time. Chef Fraser’s menu will move through dishes like a Peruvian raw scallop and filet mignon with black truffle polenta, each a nod back to the soaring ’20s and its moment of raucous energy and excess. Redbird bar director Tobin Shea and wine director Matt Fosket are also on to help round out the culinary side, no small feat considering the seven-week run will see two shows a day, Thursday to Sunday.

While this is likely the largest and most concentrated theatrical dining experience the Redbird team has ever put together, it’s not like the Vibiana event space has shied away from big, showy nights with lots of food. This is the site of the ongoing Beefsteak, a rowdy evening of suits and ties and meaty eating without utensils. Amy Knoll Fraser is known for adding a magical spin to those events as well, pulling diners away from the crowds for small performances and esoteric moments throughout the Vibiana compound.

The upcoming Revive event runs June 18 to July 24 in Downtown Los Angeles at the historic Vibiana, a former cathedral built in 1876. Tickets are $250 per person, with two shows running daily from Thursday to Sunday. That’s thousands of meals in just seven short weeks, but if anyone can pull it off it’s Neal and Amy Knoll Fraser and the circus performers, acrobats, aerialists, and dancers that make up Vau de Vire.