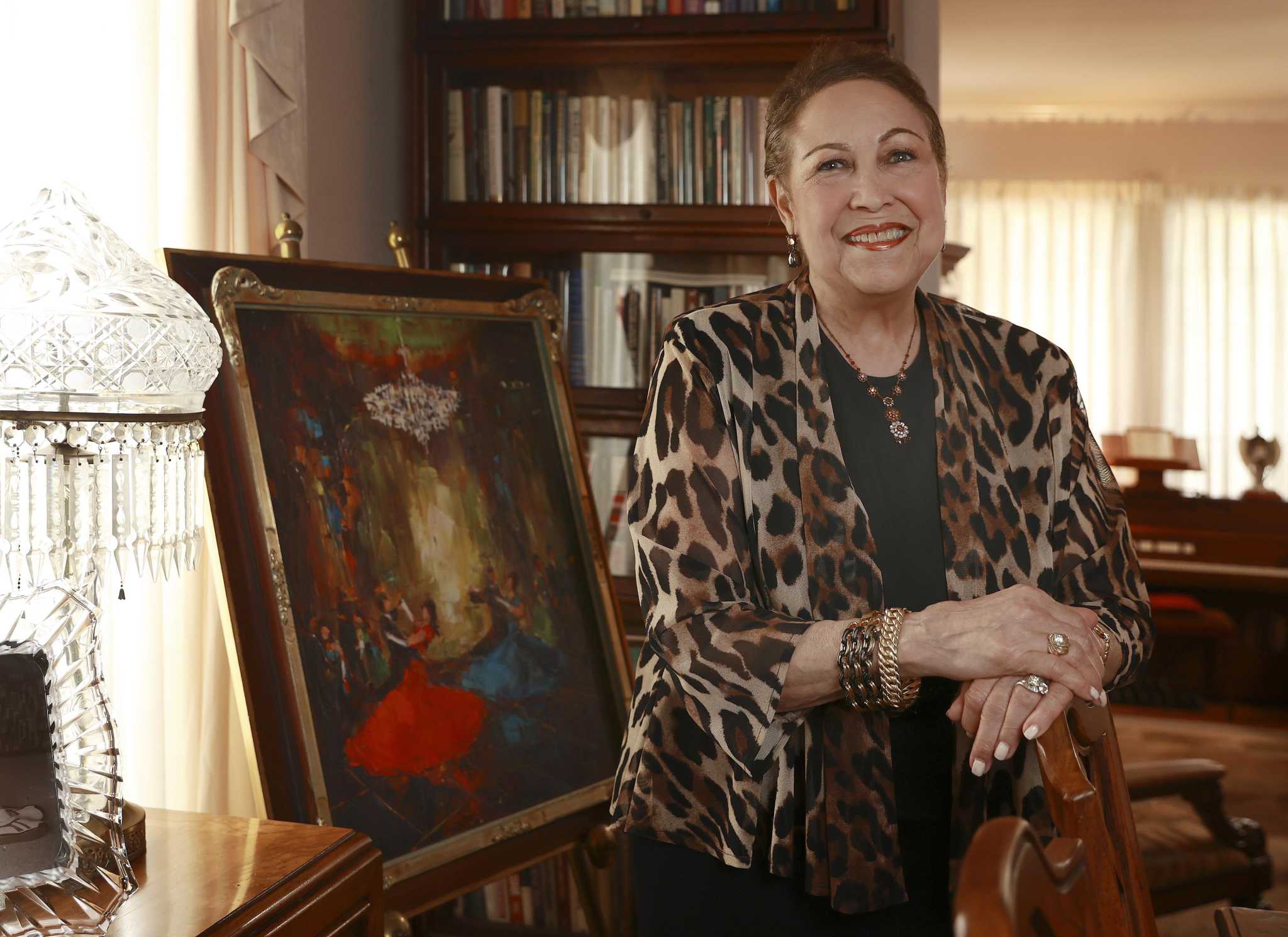 About 10,000 people gathered at the Freedom Bridge for a two-mile march Jan. 19, 1987. Residents of all races walked side-by-side with public officials in honor of Dr. Martin Luther King Jr.

Then-Mayor Henry Cisneros recalled looking back on the hill, near the Coleman Railroad Bridge Underpass, to see what he called “the best perspective of humanity.”

When Cisneros formed the MLK City / County Commission in 1986, he chose community advocates to lead 13 committees. But when it came to naming the chair of the commission, several community advocates made a case for why they should hold the title. One such candidate was the Rev. Raymond A. Callies, who had led walks with family and friends on East Side streets.

Cisneros would select Aaronetta Pierce – whose resume included a tremendous sense of history about the African American community, accessibility to young people and a pinnacle of respect across San Antonio.

On ExpressNews.com: The humble, and disputed, roots of the MLK march

The commission brought civil rights icon Rosa Parks to the march. Members also worked with VIA to resurrect a bus from the 1950s that Parks and other participants, including State Rep. Lou Nelle Sutton, would ride during the city-wide MLK March. Pierce visited local churches and invited congregations to build interest in the celebration.

“I can tell you without a doubt that the modern version of the MLK March is because of Aaronetta’s original vision,” Cisneros said. Aaronetta made it a broad endeavor that began with Dr. King’s leadership advocacy but extended to issues of broad justice, opportunity and gratitude from the entire community. It’s one of my favorite manifestations of San Antonio’s sense of justice and inclusion. This march is evidence of it, and Aaronetta is the one who started it all. ”

For more than four decades, Pierce has advocated for African American art, the Black community and inclusiveness. She’s served on more than 30 national, state and local boards that include the San Antonio Museum Association, Fisk University Board of Trustees and the San Antonio Spurs Foundation. In 1988, Cisneros also elected Pierce as chair of the San Antonio Blue Ribbon Committee on the Arts.

Pierce and her husband, Dr. Joseph A. Pierce Jr., live in a North Side townhome adorned with African American art and literature that reflects their passion. Framed portraits of their sons, Joseph Pierce and Michael Pierce, and their families line glass shelves. Bookcases swell with volumes by Black authors that Joe Pierce, a retired anesthesiologist, began collecting 30 years ago. Among the collection is “Roots,” by Alex Haley, who they met through a mutual friend, poet and playwright Maya Angelou.

Francine Prosser-Johnson, 63, grew up keenly aware of Pierce’s impact and influence. Pierce knew her parents, who taught Prosser-Johnson there is a requirement to make change happen. The chief operating officer for South Texas Center for Pediatric Care said Pierce often works behind the scenes, offering knowledge and a sense of history to young African American women.

“She is never afraid to be the loudest voice in the room about what is right or equitable,” Prosser-Johnson said. “When I see her, she gives me an example of which to follow.”

Born in Somerville, Tennessee, Pierce was 6 when her family moved to Nashville during the Jim Crow era, which she called an apartheid-like period. Still, Pierce said she witnessed greatness every day in her community, where she saw teachers, physicians, journalists and the first Black female surgeon.

Her parents, Clementine Lofties Hamilton and David Aaron Hamilton, stressed the importance of education. At age 16, she attended Tennessee State University, where her father was dean of the school of agriculture. From 1959 to 1961, she studied French and then transferred to the University of Iowa, where she obtained a bachelor’s degree in English and social science.

“Our lives were so rich, and that is what grounds our values,” Pierce said. “The richness of our legacy is so important for African Americans to know. That is what makes your back strong, what gives you dignity. For all of us here, some of our ancestors survived so we can do whatever we can do. Therefore it’s a joy, it’s not a hobby, it’s not a job, but a commitment so my people will be as strong and proud as anyone, against all odds. ”

Pierce met her husband in 1960 when Joe Pierce was a student at Meharry. They shared a love of art and growing up in communities of Black colleges.

They married in 1964. After graduation, Joe enlisted in the Army, and the couple moved to San Antonio for his three-year residency at Brooke General Hospital. During those years, Pierce taught at Riley Elementary, now Martin Luther King Academy.

Retired psychiatry professor Dr. Leonard E. Lawrence, 84, has known the Pierces since 1969 while assigned to Wilford Hall Medical Center as chief of psychiatry. They shared a capacity to plan ahead, and each, in their way, wanted to be helpful to the East Side community as a whole.

“It’s a commitment that originated within her family system – not by overt command but by demonstration,” Lawrence said.

In 1980, Pierce volunteered as a lecturer at the San Antonio Museum of Art after her husband saw an ad in the paper and suggested she apply for a position.

Their first investment in African American art had been the purchase of four originals by artist John Biggers, who founded the art department at Texas Southern University, where Joe’s father had served as president. The artist became their inspiration and taught them about African American art.

The role at the museum was a perfect mix of art and teaching. It was also a revelation. A girl stopped Pierce while escorting a middle-school class of African American students on a tour through the 19th-century portrait art gallery.

“There’s something wrong in here, Ms. Pierce, ”the girl said. “There are no Black people on the walls in this building anywhere.”

“I was proud to be working with the arts,” Pierce said. “Then I realized we send our children to museums by bus, not by choice. We reinforce their inferiority by saying this is a magnificent place, and by the way, you’re not included – only as visitors. It’s an injustice to Black children and to other children. ”

Pierce said the little girl’s curiosity made her realize the importance of exhibiting African American art in museums for everyone to see. In 1990, they founded Premiere Artworks to showcase Black authors and artists across the nation.

On ExpressNews.com: Alamo’s ties to slavery stir debate; ‘We want the truth … But it needs to be the truth’

Now, Pierce is one of three tri-chairs of the Alamo Citizen’s Advisory Committee.

“The story of slavery is analogous to the beginning of the Republic of Texas,” Pierce said, “and it must be recognized in order to understand how Texas became the biggest producer of cotton.”

The Pierces ‘work is a continuation of their ancestors’ legacy that education and knowledge are power. Pierce lives by a saying of Angelou, her close friend: “History, despite its wrenching pain, cannot be unlived; but if faced with courage, need not be lived again. ”