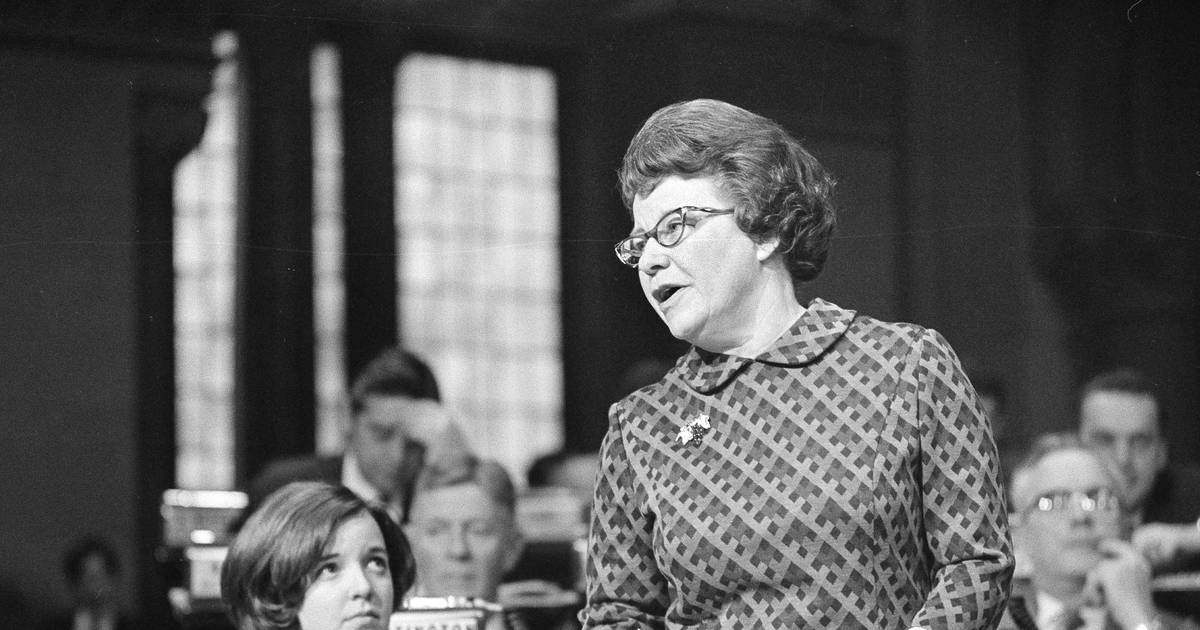 Before New York State was at the forefront of protecting abortion rights, it was a pioneer in squashing them.

Today, the state has one of the nation’s strongest reproductive rights laws, which has taken on new meaning as the Supreme Court drafts an end to the federal right to an abortion.

But in 1828, New York became the first state in the nation to ban early abortions. The Albany law, driven less by religious fervor than by medical concerns, was not always enforced.

Still, the ban carried draconian language, and became a template for other states. It tagged abortion as a manslaughter if performed after the start of fetal movements, and as a misdemeanor if carried out before 15 weeks of pregnancy.

Lawmakers carved out a lone exception for abortions necessary to protect a mother’s life. The law stood for more than 140 years.

The Supreme Court even cited it in Roe v. Wade, the landmark 1973 decision establishing the federal constitutional right to an abortion.

In Roe, the court noted that New York’s law “was to serve as a model for early anti-abortion statutes.”

But on a chilly and gusty early spring day in 1970, New York made a different sort of history.

After more than two hours of debate, the state Senate passed legislation on April 10, 1970, making New York the second state in the US with broad legalization of abortion, after Hawaii.

The passage of the law, which followed a four-year push, had its share of challenges. The Roman Catholic Church opposed the measure, and launched a pressure campaign targeting New York’s lawmakers, nearly all of whom were men.

The bill just barely passed the Assembly by a 76-to-73 vote, and stirred some of the most animated and dramatic debate seen in years in the Legislature.

State Sen. James Donovan, a pro-death penalty Oneida County Republican, told his colleagues: “It hurts me to think this Legislature is going to give doctors the right to play God.”

“Your hands are going to reach into the womb with the doctor and kill, kill, kill,” Donovan said in loud and long remarks.

The Senate still passed the bill by a 31-to-26 vote, and Gov. Nelson Rockefeller, a Republican, inked his signature one day later, on April 11, 1970. “Rocky Signs Abortion Bill,” blared a Daily News headline.

Crucially, New York became the only state without a residency mandate, making it a national escape hatch from the horrors of dangerous back-alley abortions.

Across two pre-Roe years, more than 200,000 out-of-staters flocked to New York to receive abortions, according to a study published in 1973.

More than 60% of abortions in New York involved residents of other states, according to the American Journal of Public Health report.

New York’s anti-abortion push had not ended, though. In 1972, sustained religious pressure from the Catholic Church led lawmakers to pass legislation repealing the 1970 law.

“I do not believe it right for one group to impose its vision of morality on an entire society,” said Rockefeller, to Baptist. Cardinal Terence Cooke, the archbishop of New York, decried a day of “great sorrow and regret.”

The 1970 law remained on the books for almost five decades, though Roe made its protections immaterial.

Still, by 2010, state Sen. Liz Krueger was getting nervous about GOP anti-abortion efforts across the US In response, Krueger, a Manhattan Democrat, started a pro-abortion rights caucus, aiming to replace the musty New York law.

For about a decade, she worked to replace the 1970 measure. But she lacked the votes in the Republican-controlled Senate.

That changed after the 2018 midterm election, when Democrats took complete control of the Legislature, buoyed by the backlash against President Donald Trump. On the second day of Democratic rule in the state Senate, Krueger’s abortion rights law passed the chamber.

The bill, signed into law by Gov. Andrew Cuomo, removed abortion from the criminal code, and broadened abortion rights, permitting procedures after 24 weeks of pregnancy if necessary to protect a patient’s health.

By the time Trump left office, he had added three justices to the Supreme Court, tilting it far further to the right. But he had left his mark on Albany, too, Krueger said.